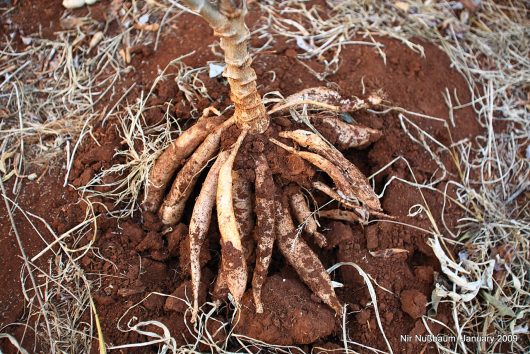 The cassava root is such a versatile ingredient in the fight against poverty that some scientists are calling it a ‘miracle crop’.

It’s likely that even you have come across cassava, as it makes up the small balls in bubble tea and is the main ingredient in tapioca pudding.

While it lends a hand to some dishes in developed countries, the root is a vital component to diets in the developing world. Cassava is one of the leading food and feed plants of the world, ranking fourth among staple crops with a global production of about 160 million tons per year. The majority of cassava is grown in three regions: West Africa and the adjoining Congo basin, tropical South America and South and Southeast Asia.

The miracle crop was introduced into Africa in the 16th century by Portuguese traders from Brazil. Initially, it was adopted as a famine-reserve crop because of its nutritional value. The leaves can be prepared in a similar fashion to spinach and contain high levels of protein and vitamins A, B and C. Cassava root can be prepared in countless ways, but should not be consumed raw. They are often boiled and sliced, but they can also be dried and beaten into flour.

It is among the highest calorie value foods, containing 160 calories per 100g root. It provides more protein than sources like yams or potatoes and it is also a leading source of essential minerals like zinc, magnesium, copper, iron, manganese and potassium. Potassium is an important component of a healthy diet, helping regulate heart rate and blood pressure.

In addition to its bountiful nutritious value, the crop is perhaps one of the world’s easiest to grow. Cassava root can be grown well in poor soil with a relatively low fertility and textures ranging from sands to clay. It is drought resistant and loses its leaves in order to preserve moisture in times of limited rainfall. The plant produces new leaves when rains resume. Additionally, cassava can be grown in extreme rainfall. For these reasons, the crop requires little labor and attention and the fruits of one harvest can be consumed 6 months to 3 years after planting.

Lastly, cassava has the potential to solve more than hunger. It is possible to transform cassava from a low-yielding famine-reserve crop to a high-yielding cash crop in order to raise income and draw poor regions out of poverty. The domestic market for cassava products continues to grow and export demands are increasing.

Cassava production presents enormous opportunities for solving domestic famine and malnutrition. It could also promote economic stability and reduce poverty through trade between areas with a food surplus and a food deficit.