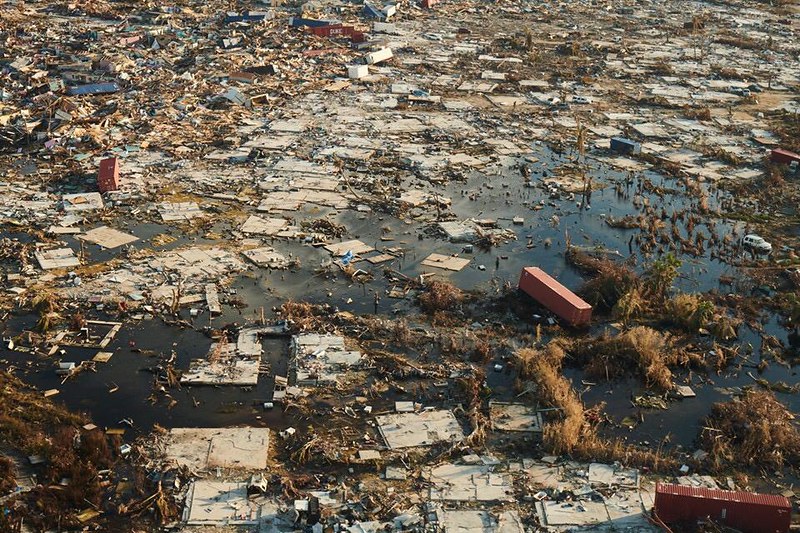 Hurricane Dorian is the latest in a long series of hurricanes that have hit the Caribbean — impacting the Bahamas the worst. Initial reports from the U.N. estimated that nearly 70,000 people were in need of food, water and shelter in the archipelago and that around 30 people had died as a result of the hurricane.

For the estimated 10 percent of the population of the Bahamas who live below the poverty line, recovering from natural disasters such as this is a particular challenge. As a result, there is a massive need for programs that not only address the short-term impacts of hurricanes but also focus on the importance of long-term hurricane resilience.

The Caribbean Development Bank (CDB), based in Barbados, has pledged to provide $1 million in aid to the Bahamas, with $700,000 in the form of a loan and the remaining $300,000 as a grant. While disaster relief helps improve recovery for local economies and minimize the impact for impoverished communities, there are also other avenues of aid that the CDB could pursue which take the form of mental health programs and debt repayment plans.

As a part of the Stronger Together campaign, in collaboration with the Pan-American Health Organization, the CDB has also placed an increased focus on addressing the negative mental health impacts of hurricanes — which traditionally get little attention. However, this type of support is key to help uplift those who experience the trauma of losing their homes or worse, their loved ones.

The campaign, launched in July 2019, aims to train 16 new mental health service professionals, ranging from psychologists to social workers to promote resilience in the face of natural disasters. This program could have a major impact on helping people in the Bahamas recover, while also offering a path towards future mental resilience in the event of another damaging hurricane. This is especially valuable for communities living in poverty.

High levels of debt are a substantial impediment to the massive discretionary spending needed to successfully recover from a hurricane, as nations are often forced to choose between allocating resources towards serving the immediate needs of their citizens or maintaining their current repayment plans. As such, a debt relief program could prove incredibly beneficial in the Bahamas, as the country had a debt burden of $8.2 billion prior to the events of Hurricane Dorian.

There is already precedent for the CDB to offer debt restructuring opportunities. For instance, following Hurricane Ivan, Grenada was able to re-negotiate its debt repayment plan to cease repayment following a natural disaster. Some have argued that this program should be extended to all nations in the event of a natural disaster.

This would help to reduce an unsustainable reliance on foreign aid, as nations find themselves falling deeper into debt and failing to provide adequate assistance to their own citizens. Not only do such increases in debt leave countries less prepared for another similar natural disaster, but they also limit the amount of aid which governments can extend to the citizens facing the most significant damages as a result of the disasters.

While the recent pledge of $1 million in aid to the Bahamas by the CDB is a useful step in mitigating the impact of Hurricane Dorian, the CDB also has several other methods of improving not only hurricane recovery but also hurricane resilience. With investment in the mental health field, the CDB is working to train mental health services professionals who can provide psychological support to citizens. This could be supplemented by a re-negotiated debt repayment plan for the Bahamas, with many arguing that such a program would reduce the financial burden placed on the Bahamas by the need to take more loans.