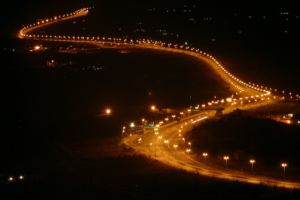 Eswatini, formerly called Swaziland, is a small, mountainous, landlocked country surrounded on all sides by South Africa and in close proximity to Mozambique. While Eswatini is classified as a lower-middle-income country, it is still plagued with severe poverty and high unemployment rates. One demonstration of this poverty can be seen by the approximately 900,000 individuals who were recorded to have no access to electricity in 2017. This is due in large part because Eswatini does not produce much of its own electricity. Rather, they get much of it, along with many other imports, from South Africa. In recent years, organizations like the World Bank have been working to improve Eswatini’s electricity supply, but there is still much work to be done.

In Eswatini, The Eswatini Energy Regulatory Authority (ESERA) regulates the country’s electric supply industry, while The Eswatini Electricity Company (EEC) acts as the national utility. The Eswatini Electricity Company is state-owned and controls hydropower stations in Maguga, Ezulwini, Edwaleni and Maguduza. Despite this, Eswatini is a net importer of electricity due to the fact that its domestic electricity generation is insufficient to meet national demand. This can be attributed in large part to a lack of water storage, which has led to severe variations in annual domestic generation output over the years.  However, the Eswatini Government is looking to become more energy independent in the near future and has implemented the Rural Electrification Program (REP), which has increased the percent of Eswatini residents with access to proper electricity from 5 percent in 2003 to 75 percent in 2017.

In conjunction with the REP, the World Bank has also aided in improving Eswatini’s electricity supply. One of the World Bank’s most notable projects in Eswatini is called the Network Reinforcement and Access Project.  It contains four parts. The first two components focus on strengthening the transmission and distribution network in Shiselweni and building upon the REP program to finance additional household connections. The third component provides analytical support by financing technical aid, and the 4th component is designed to improve Eswatini’s ability to respond to major economic or social emergencies. These efforts by the World Bank have proved to be extraordinarily helpful in Eswatini’s efforts to become a nation that produces its own energy.

Eswatini has taken major steps forward to address their issues with producing electricity.  However, the country is still struggling overall in this regard, and more work is necessary in order for the nation to become energy independent.  Funding from the World Bank, as well as from organizations like the UN, will be of great help to Eswatini as it seeks to improve access to electricity for its residents.