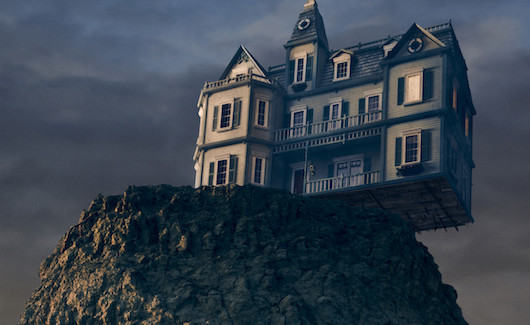 For quite some time, Canadian health officials have conducted thorough research to trace the cause of unstable housing. Now, officials have sorted out the missing link: bad health.

A 2005 published study by researcher Liz Evans presented the connection shared between HIV-sufferers and occupied hotel residency. At the time of the research, Evans illustrated the fact that 80% of Canada’s single-rooming units in hotels (estimated at 6,000) were located in Canada’s poorest Downtown Eastside, in which rooms were frequently occupied by those suffering from HIV.

One solution was to remove the hotel units; however, Evans knew that such an approach would result in “catastrophic” consequences. The analyst went on to state that the units were not “evils,” but rather an escape for HIV-sufferers who live in fear caused by social rejection.

Years would progress with minimal updates that validated Evans’ work until 2007, when TimesArgus.com broke a story on the 2010 Vancouver Games’ organizers deliberating if low-income housing should be moved elsewhere before the event. Although the organizers initially told the public that housing rights would be “respected,” over 700 low-income residents were displaced that same year in addition to inexpensive housing being converted into tourist venues. This action ignited strong backlash from a league of protestors.

The incident served as a rubric sheet for medical analysts to test theories that have longed signified a potential connection between housing issues and the trend of bad health yielded by the likes of street-involved youth.

Unearthed by the Public Health Agency of Canada, street-involved youths typically have a background of family abuse and a violent home environment. The aftermath follows with subjection to low income, low education, and lack of support or inability to pay first/last month’s rent; all of which are triggers to unstable housing.

Once housing becomes an issue, the vulnerability of infections caused by negative coping systems, such as drug use or unprotected sex, serves as a high risk.

With these results, varying researchers revisited the work done by Evans, who attempted to signify a connection involving HIV-sufferers and extreme occupancy within hotel units. It was in 2014 that analysts determined that the significant increase in emergency department-styled housing was being led by HIV-sufferers.

As conducted in Evans’ work, researchers indicated that those residing in the housing feared social backlash, further contributing to poor health caused by guilt and depression. In both the study and a separate one occurring one year later, analysts conclusively noted that like street-involved youths, unstable housing holds a poor-health effect on HIV-sufferers, where potential enablement of guilt, depression and drug use patterns pose as big risks.

So what exactly is being done to aid the problem?

For street-involved youths who have endured a brutal history, several intervention programs have been established to help those in need. Other establishments like Calgary-based Infinity Project provide youths with a permanent home in a community of their choosing, equipped with support and affordable options to secure them a better life. Similarly, support centers are urged, for those suffering from HIV, to decrease health-care costs and to minimize health problems relating to depression.

As positive networks continue to decrease the rate of unstable housing, optimism for more awareness of the issue comes with wishful thinking of the conflict fading away.