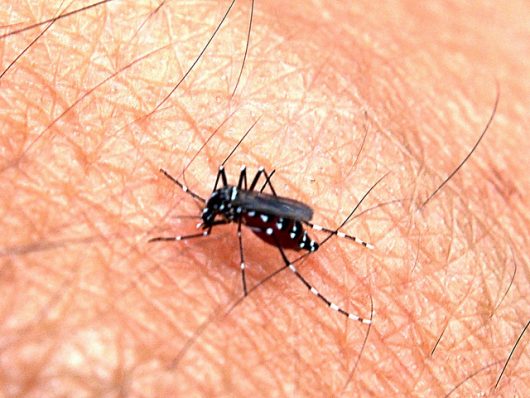 Dengue fever is a rapidly spreading viral disease in the developing world. Thankfully, though, a new method of analyzing cell phone call records to health clinics is proving successful at predicting the next outbreak locations of the disease.

This disease is mosquito-borne and results in flu-like symptoms that can persist until a fatality occurs, especially in children or others who do not have access to swift and proper medical care.

Dengue fever infects 390 million people worldwide every year, and many more are at risk. The illness is found mostly in tropical and sub-tropical climates and acts a leading cause of serious illness and death among children in Asian and Latin American countries.

In the United States, information on the spread of diseases is gathered by looking at road usage and other travel patterns. However, this kind of information proves often unavailable and unreliable in developing countries. Furthermore, dengue fever is the fastest-spreading mosquito-borne disease in the world, and many places are exposed to this disease for the first time and unprepared to effectively deal with such a health crisis.

According to a study published in Science Advances journal, researchers found that by studying cell phone call records in the Punjab region of Pakistan, they were able to pinpoint where dengue fever cases occurred and predict where they might occur next.

This new method looks at the patterns of calls to a local health hotline in conjunction with weather information. This combination provides real-time data of when and where the disease is likely to spread geographically.

The phone records are collected on a large-scale and anonymous basis to protect the personal privacy of the callers.

Dengue fever is often seen in areas of rapid urbanization, which commonly occurs in developing countries. This method of monitoring the disease is particularly useful in these developing countries because it is a low-cost method. Call pattern statistics provide an effective low-cost alternative in many nations that lack the resources to closely monitor the spread of disease.

Additionally, there is no specific globally-recognized treatment for dengue fever. Early detection has proven critical in helping those afflicted with the disease. Receiving medical care early on reduced mortality for this disease from more than 20 percent to less than one percent. Since call analysis can predict where outbreaks may occur in the future, it is an effective way to stop a disease that is particularly difficult to treat.

While the examination of call patterns does not currently account for international travel, which does play a role in the transmission of dengue fever, this transport avenue could certainly be in the future for statistical call analysis. Even the current iterations of this method provide important real-time data that can help reduce the spread of a dangerous disease, especially in developing countries.