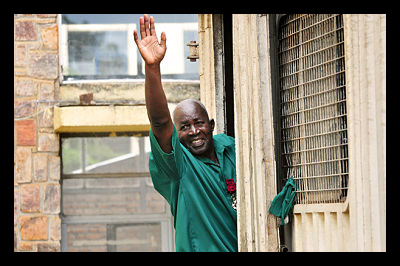 Burundi has not experienced much of a stable political climate so far this century. After ending a 12 year civil war in 2005, security and political freedom are far from certain.

It took until 2009 for the last rebel group — Forces for National Liberation, or FNL, — to give up arms. Then in 2010, President Pierre Nkurunziza was reelected amidst suspected electoral fraud. Political killings plagued this election as rights groups estimate 300 people were killed. Political freedom was further stymied by a law passed in 2013 that made criticism of the government threats to national security or public order, punishable under the law.

Burundi’s shaky past have many worried that the upcoming elections in May 2015 will be unfair and turn violent.

The increasing intensity at which the government has been trying to silence the opposition is also another concern. In recent months, politically motivated violent attacks by the youth wing of the ruling party — Imbonerakure — against perceived opposition has risen.

In May, the prominent human rights activist Pierre Claver Mbonimpa was arrested. Mbonimpa founded the Association for the Protection of Human Rights and Detained Persons. He has worked for years defending the rights of the most vulnerable Burundians.

His arrest sparked protests, and although they have been peaceful, the government has not backed down. Earlier this summer, they banned protests in support of Mbonimpa.

Assistant Secretary-General for Human Rights, Ivan Šimonovic, has said that “special attention must be paid to the full respect for freedom of expression, including for journalists and human rights defenders.”

Deep-rooted disagreements between the government and the opposition, coupled with increasing restrictions on freedom of press and no accountability for the atrocities of the previous election, all point to a troubled 2015 election.

Some in the international community are calling for the situation in Burundi to be seriously monitored over the next few months in order prevent the situation from deteriorating and leading to violent elections in 2015.

The best action at this stage would be for Burundi’s donors and development partners, like France, Belgium and the U.K. to warn the government that human rights and free elections need to be honored.

Naming the Islamic StateEducation in Uzbekistan
Scroll to top