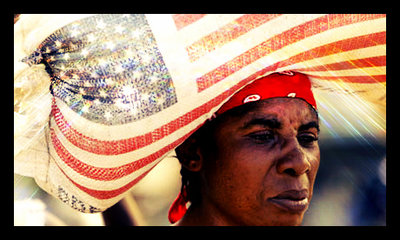 Barack Obama has called for reforms to the in-kind American food aid system. If enacted, these budget reforms could dramatically change how the world’s largest donor operates abroad.

The reforms, included in the President’s 2014 budget proposal, would significantly roll back requirements that American food aid is bought and shipped from the US. Instead, more funding than ever would be available for recipients to buy food closer to where it’s needed, or send cash or vouchers instead.

The administration’s proposals would entirely end “monetisation” programs where aid groups receive US food commodities in place of cash, which they then sell in local markets to fund other development projects such as clinics and schools. USAid said the reforms would enable it to reach an additional two to four million people each year. “Rather than limiting the United States to a tied, commodities-only approach, these reforms will enable experts to select the right tool to most efficiently meet the needs of hungry and vulnerable people,” it said.

However, if the reforms are passed, they may take a toll on the maritime unions and US based farmers that depend on the current food aid system. USA Maritime, a coalition of maritime unions, called on Congress to reject the reforms. “The administration’s proposals … will be harmful to our US merchant marine, harmful to our national defense sealift capability, harmful to our farmers and millers and bad for our economy,” said chairman James L Henry.

The administration’s proposal includes $25 million in additional funding for the department of transportation’s maritime administration, which would lose significant business under the reforms. This would support “certain militarily useful ships, and will facilitate the retention of US mariners”, it said.

Congress must now decide whether to fund these programs and accept the proposed changes. Analysts expect months of increased lobbying both from supporters and detractors.