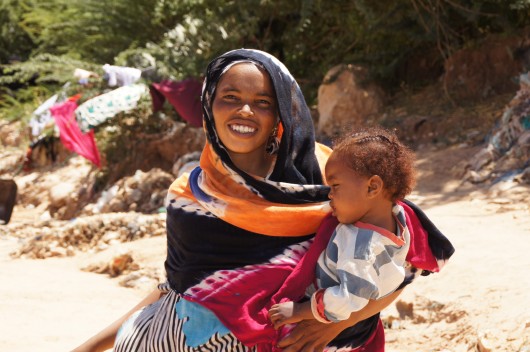 A birthing kit for low-income women promises to help diminish the adverse health effects of childbirth in poor areas.

According to the World Health Organization, about 830 women die from complications during pregnancy or childbirth around the world every day. “By the end of 2015, roughly 303,000 women will have died during and following pregnancy and childbirth,” the organization reports. “Almost all of these deaths occurred in low-resource settings, and most could have been prevented.”

While up to 99 percent of these deaths occur in developing countries, the United States itself has struggled with surprisingly high rates of maternal mortality. A report from Save the Children showed that the United States had the worst maternal death rate among developed countries. In fact, mortality rates in the U.S have been on the rise since 1987.

In developing countries, women often lack the tools and sanitation equipment necessary for a healthy childbirth. The WHO reports that many deaths during childbirth occur due to severe bleeding and infections. “Only 51 percent of women in low-income countries benefit from skilled care during childbirth. This means that millions of births are not assisted by a midwife, a doctor or a trained nurse,” states the WHO.

Zubaida Bai is a woman trying to change all of this. In an interview with TED, Bai describes her background and explains why she became interested in women’s health. “Growing up in India, I witnessed my mother and many women struggle with financial hardship and poor health. At a young age, I often dreamed of solutions to end this silent suffering of women.”

With a Master of science degree in mechanical engineering and an MBA from Colorado State University, Bai took her skills and founded AYZH, described on its website as “a for-profit social venture providing health and livelihood solutions to impoverished women worldwide.”

AYZH has created a simple birthing kit about the size of a purse called a Janma, containing all the materials necessary for a healthy and clean birth, for just two to five dollars. The website states that “the kit contains simple tools recommended by the World Health Organization to provide sanitation and sterility at the time of childbirth, which not only saves the lives of mother and baby but also helps ensure a healthy and happy start to life.”