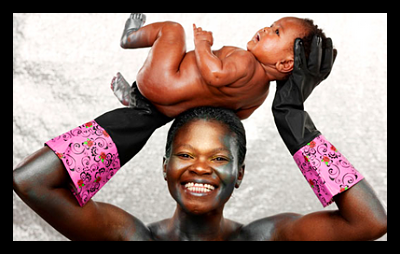 Many people argue that deaths resulting from poverty are an unfortunate solution to overpopulation. They assume that raising families out of poverty will only give them more resources to support ever more children. However, the evidence actually shows that birth rates decrease as people rise out of poverty. This is because parents are often forced by high child mortality rates to have several children to ensure that they will have someone to care for them as they age. When these families are no longer living in extreme poverty, they can be more confident that their children will survive, allowing them to have fewer children. According to the World Health Organization, both the actual death and the fear of death of a child results in higher fertility rates, regardless of a family’s size or income level.

Over the last two decades, reduced levels of extreme poverty in numerous countries, including Guatemala, Cambodia, and Namibia, has coincided with a decrease in average family size to about half. Since the 1960s, Latin American women’s fertility rates have decreased from about 6 to between 2 and 3. This has resulted from decreased child mortality rates, as well as improved maternal health and family planning education in many areas. USAID has been instrumental in helping many Latin American countries, such as the Dominican Republic, El Salvador, Honduras, and Nicaragua, start family planning programs. Most of these programs have become self-sustaining and are preparing for USAID’s gradual departure.

While poverty is an extremely reliable indicator and contributing cause of high birth rates, a society’s treatment of women must also be considered. In societies where women are disenfranchised, birth rates tend to be high and inflexible. This shouldn’t necessarily come as a surprise, given that in these societies girls are taken out of school at a young age, females are often victims of multiple forms of violence, and most women have minimal knowledge of or power to enact family planning strategies. Many women are essentially forced into prolonged motherhood, which can be incredibly damaging to their health, as well as their children’s. With improved family planning education around the world, the lives of 1.6 million children under five could be saved each year.

A woman’s education level is an excellent indicator of her fertility. Well-educated women are much more likely to have smaller families. It is important to note that the education of women does not necessarily cause lower fertility rates. Instead, education is just one aspect of improved social standing for women, and it is likely that this improved status leads to smaller families, not to mention improved women’s health in general.

It is essential to recognize that decreasing levels of extreme poverty will also help minimize the problem of overpopulation. When families no longer live in fear of unacceptable child mortality rates, they decrease their fertility levels. Part of this effort to decrease birth rates also includes family planning education for both men and women and improved societal standing for women.