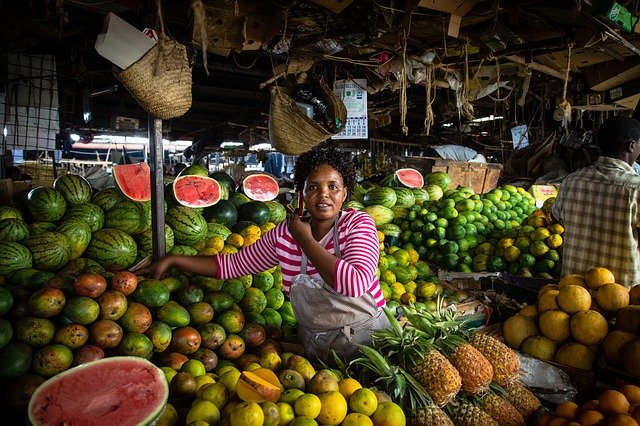 Kenya is one of the most food-insecure countries in the African region, where 14.5 million people suffer from chronic food insecurity and poor nutrition. One in three Kenyans suffers from illness due to malnutrition. However, food and textiles engineered with biotechnology prove promising for the agricultural industry. These Genetically Modified Organisms (GMOs) bode well for future Kenyan prosperity. Here are some of the factors that support biotech in Kenya.

Indicators of poverty in Kenya include high rates of infant mortality, tuberculosis and low rates of literacy. Kenya is ranked 55 out of 195 countries on the Global Health Security Index and almost half of the population live in absolute poverty making an average wage of less than $1.90 per day. Though this nation is dependent on agriculture, with 79% of the population relying on food and crop production, farming does not produce an easily livable salary. In contrast, many of the crops produced in Kenya are exported to other countries. Around 72% of consumer products are imported from surrounding areas. Kenya’s poorest demographic has an average of four to six children per household. The country experiences a continued increase in population because of a lack of affordable healthcare and education.

Much of the poverty is due to the corrupt nature of Kenya’s government. A large majority of public officials and officers accept bribes in order to consolidate power. According to Transparency International, Kenya is one of the most corrupt nations in the sovereign world. Public surveys state that 45% of public service users offered bribes (in turn accepted) in the past year. In 2019, 67% of people observed an increase in government corruption, placing Kenya in the top 45 most corrupt countries on Earth.

Upon President Uhuru Kenyatta’s election into office, he proposed a plan to replace the Kenya Vision 2030 goal to eradicate poverty with the Big Four. President Kenyatta plans to ensure food security, affordable housing, manufacturing and affordable healthcare for all through a budget proposal that prioritizes public infrastructure. Kenyatta intends to achieve these goals by 2022. Still, environmental challenges and the COVID-19 pandemic have threatened the food production industry and government capability to prioritize these goals.

Kenyan farmers are slow to embrace GMOs and biotech due to cancer concerns and suggested links between disease and ingestion of “unnatural products.” However, the Kenyan Ministry of Agriculture’s updated research suggests that there are no significant links between genetically modified crops and cancer. Local biotech research claims the adoption of these processes and materials will aid the eradication of bollworms in cotton plants. They are hopeful for the reduction of hunger in the nation. With the adoption of biotech crop management, Kenya is one of the first East African nations to implement majority transgenic cotton farming.

In 2019, the Ministry of Agriculture approved the use of “Bt Cotton,” a specially engineered breed of cotton that naturally drives away destructive caterpillar breeds without the additional use of pesticides. The Standard defines this type of GMO production stating, “Popularly known as agritech, biotechnology is the practice of using scientific techniques and tools such as genetic engineering to change and improve plant and animal productivity.” Crops like cotton are one of the widest used in the textile industry and compromise more than 21% of Kenya’s export economy. With more than 69% of Kenya’s economy dependent upon the export of tea and cut flowers to bordering nations, reduction of “lost product” due to pests and other factors is necessary to protect these industries and ensure future growth.

GMOs produce the ideal shape and size of crops. They simultaneously maintain the preferred growth rate with the ability to ward off pests and other diseases. With these modifications, farmers can expect higher yields of crops and less water usage due to drought-resistant biotechnologically modified seeds.

Cassava is one of the main food groups in the coastal regions of Kenya. The population consumes it largely as a calorie-dense and nutrient-rich root. Bt Cassava is undergoing trials to determine the crop’s resistance to brown streak disease and cassava mosaic disease. Professor Miano of the Virca Plus Project asserted that farmers lose up to 70% of crops due to these problems. Bt Cassava awaits approval from the Ministry of Agriculture during the assessment of sustainability and safety. Former trials seem promising as Professor Miano quotes, “…I can confirm that it is good, highly resistant to the diseases and its nutritional composition has not been affected in any way.” If Bt Cassava manufacturing continues such promising results, the strain of food security could become a memory for Kenyans.

Kenya’s Gross Domestic Product is stagnant at less than 5% due to the COVID-19 pandemic, revealing the lowest economic growth in three years. Slowed tourism and accommodation services are to blame for decreased economic expansion. Nonetheless, biotechnical engineering is one of the most promising innovations for the expanding population. Food often contains vitamins and other nutritional benefits to improve malnourished communities. Crops engineered with biotechnology are increasingly more affordable for Kenyan farmers. With an adoption rate of more than 11%, the previously decaying textile industry is sure to observe a boost soon.

Modified crops will reduce the need for imports. Increased product yields due to biotech in Kenya will save farmers time from mundane tasks like weeding. Without the cost of pesticides, farmers can expect an increase in production and reap the benefits of saved labor. A transition towards biotechnology in food production will make Kenya one of the leading nations in agricultural production. The conversation about biotech in Kenya could result in extreme poverty reduction and a more sustainable, healthy future for the population.