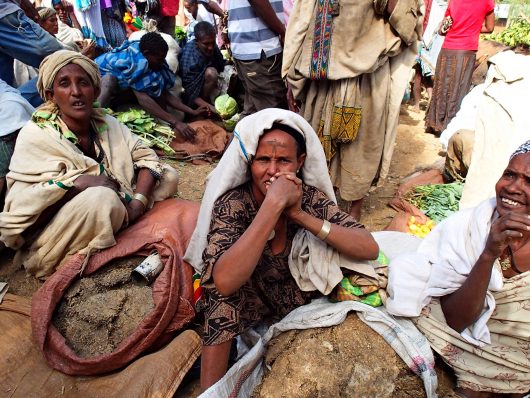 It is estimated that by 2050 the world’s population will have grown to more than nine billion people, meaning food production will have to increase by as much as 70% in order to feed the world.

Amway, a leader in the nutrition and vitamin market, launched the Nutrilite Power of 5 Campaign to raise awareness of childhood malnutrition.

The company developed Nutrilite Little Bits, a micronutrient supplement that provides impoverished children with the key nutrients and vitamins often missing from their diets.

The Nutrilite Power of 5 Campaign has provided Nutrilite Little Bits to thousands of children in 11 countries since its inception in 2014.

Amway has committed to providing five million Nutrilite Little Bits by the end of 2016. This act has the potential to benefit more than 14,000 malnourished children.

“We know that when farmers have the knowledge and resources for their farms and families to thrive, the benefits accrue well beyond the individual and extend to the community and societal levels,” said General Mills Foundation Associate Director Nicola Dixon.

General Mills wants its farmers to produce enough to feed their families and generate an income while raising the living standards in their communities. Millions have already benefited from the company’s work.

Cargill, one of the world’s largest food and agriculture businesses, committed to providing more than $13 million in grants through a broad set of programs focused on food security, sustainability and nutrition.

“The private sector can be a catalyst for lasting change by jumpstarting innovation and economic development,” said Ruth Rawling, Cargill’s vice president of corporate affairs.

One of the grant recipients is CARE USA, which has partnered with Cargill for over 25 years to combat poverty and long-term hunger among some of the world’s most vulnerable communities.

Cargill’s grants are expected to benefit more than one million people in 15 countries.

Global food security is one of the most dire issues facing the world. One’s ability to feed themselves is directly correlated to their productivity and ability to earn a living.

There is great potential to vastly reduce poverty, increase incomes for the world’s poor and expand the world’s consumer base as big businesses further their investment in global food security.

The Success of Public Education in Georgia: Is It Enough? The Benefits of Conditional Cash Transfers in Latin America
Scroll to top