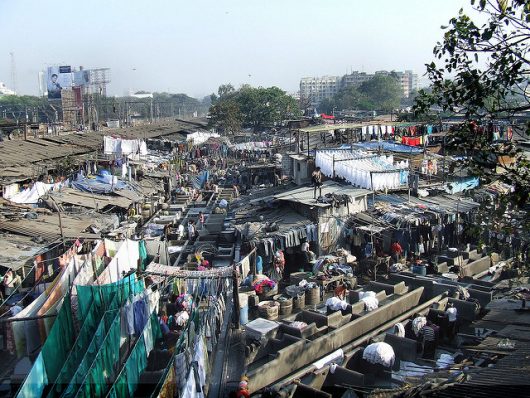 In December 2014, Frank Clemente, Professor Emeritus of Social Science at Penn State University stated that no nation holds more of the world’s poor than India. At least 300 million people had no power at all and 700 million lacked access to modern energy services for lighting, cooking and water pumping. A simple task, such as washing clothes, is time consuming in India because many lack access to electricity.

It was with this in mind that Jose created her machine. She drew a diagram of it and her father took it to a nearby auto shop and asked workers to build it using his daughter’s instructions. The machine looks like a stationary bicycle connected to a metal box. It is composed of aluminum and has a horizontal cylinder in the center made of iron net wire.

To wash clothes, users put them into the cylinder, fill the box with water and detergent. The user then pedals for three to four minutes which rotates the cylinder at a very high speed with the clothes inside, cleaning them thoroughly. The soapy water drains out, the barrel is refilled and the process repeated.

There are many benefits to using the machine. First and foremost, it doesn’t require electricity in a region where electricity is rare. Second, it saves time. Washing clothes in the region took hours prior to the invention of Jose’s machine. With the machine, it takes about 30 minutes. Third, it can be used for exercising. The bicycle that powers it gives the user a workout. Fourth, it’s cheap. It costs about Rs.2000. Finally, it is mobile. One can pick it up and go. This is very practical for rural areas where it is used.

Unfortunately, the practicality of the machine has made it a turn-off for investors. Investors state that the machine is not commercially viable. So, despite the awards Jose received for the innovative invention, she has been looking for a job.

While investors may be uninterested in backing the bicycle powered washing machine, one thing is clear: Remya Jose made a difference. Her invention saves time and money for several of the world’s poor. In addition, it has inspired others to create improved versions of it to market to people interested in conserving energy. Jose’s story shows that with creativity, one individual can improve the lives of many.