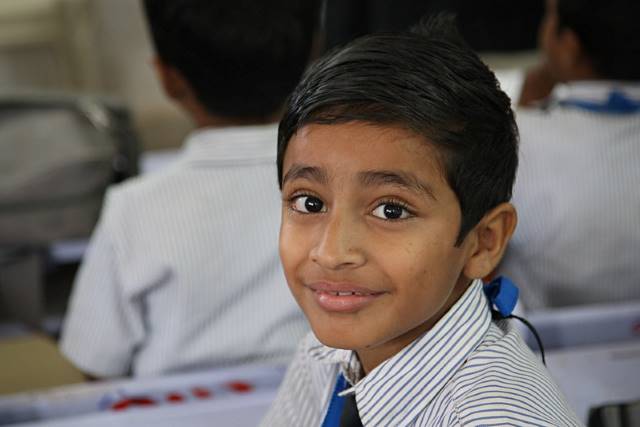 Education is vitally important to every country, especially impoverished ones. Education itself can help families break cycles of poverty and it allows people an opportunity to use their knowledge and skills in a way that helps their nation. Education can allow people to learn better farming techniques so that they can produce more food for themselves. Literate and educated people often have a better opportunity to have a healthier lifestyle because they can understand medical information. India is one nation that is trying to improve its education system. Better education in India can help people rise out of poverty.

Despite its learning system needing improvements, India’s learning system does already have some substantial positive aspects to it. One benefit of India’s education system is that it correlates to a decrease in unemployment. School also helps people become self-employed. India’s schools also helped to greatly reduce the amount of child labor taking place in the nation.

India’s educational system also provides a degree of support for people who are especially disadvantaged and impoverished. There are programs in India called reservation systems that help these groups. Reservation systems mean a set percentage of seats will be reserved in all universities and colleges for students who belong to socially and educationally backward categories or castes. Certain scheduled tribes have 7.5% reserved seats, scheduled castes have 15% and “other backward classes” have 27%. However, each state within India can have varying percentages.

In 2019, India released its Draft National Education Policy (DNEP). The DNEP is India’s first attempt to reform its education system since the 1986 National Policy on Education. The DNEP outlines some important improvements that India wants to make.

For example, the document suggests an increase in spending for public education in India. The current percentage of India’s GDP that goes to education is 3%. Under the DNEP, that percentage would go up to 6%. Under this policy, Indian school children would start learning at the age of three, which allows more time for children to grow and learn.

Another improvement that India’s education system requires is better training for its teachers. The DNEP will address this challenge by having teachers complete their training at universities. Currently, teachers train at specialist colleges that provide less beneficial teacher training.

Lastly, the DNEP wants to develop around 10,000 to 15,000 multidisciplinary universities. The reason for this is that currently 20% of 40,000 colleges in India only offer one field of study and another 20% of those colleges have less than 100 students on their rosters. Multidisciplinary universities will allow Indians to have more opportunities and educational routes.

While the government of India is taking steps to better-learning systems in India, Indian citizens are more than aware that their educational system could use some much-needed change. This has led news outlets such as India Today to publicize their desires for the future of India’s education system. One suggestion that the outlet posed is the removal of lengthy tests that evaluate the knowledge and skills of students. Due to their length and importance, these tests can cause students to become stressed, resulting in underperformance.

India Today suggests that evaluation indicators should include class participation, projects and other key indicators of learning. The equal treatment of all learning subjects is also imperative. Teachers should encourage their students to pursue not just the subjects they need to learn but also the ones that they have a great interest in.

India’s education system still needs improvement but the country has taken significant first steps toward quality education in India. Since education is a key to poverty alleviation, reform is vitally important.