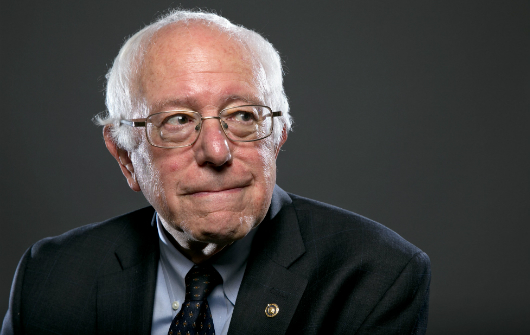 Bernie Sanders has been dubbed the “underdog Democrat” in this presidential election. As a committed ally to labor unions and the middle class, Sanders is determined to run a campaign financially unaffiliated with American billionaires.

When he announced his bid for the U.S. presidency, many doubted that he could gain enough momentum to really compete with Democrat likely, Hillary Clinton. However, after raising $15 million in 2 months and pulling 10,000 people into a campaign rally, many are seeing him as a potential threat to Clinton.

For his entire career, Sanders has dedicated himself to being the voice of the average person. He speaks for those who are not often heard due to their lack of capital. Often being described as a socialist, Sanders’ economic policy reflects his constituents’ desires, creating a world that truly gives everyone the chance to be a part of the “American Dream” regardless of race, gender, class or religious affiliation.

Because Sanders’ potential presence in the Oval Office is positive for the U.S. working class and those subject to abject poverty in America, it would also be great for global poverty abroad.

Sanders has, for a long time, rejected poverty, seeing it as something that could be eliminated by congressional help. Sanders is likely to translate his stance on American poverty to global poverty, then, under his administration, global poverty could forever change.

Bernie Sanders’ presence in the White House could not only greatly impact those living in the United States, but also those abroad. His aggressive approach to eradicating poverty would be a great asset to those subject to absolute poverty in developing countries.