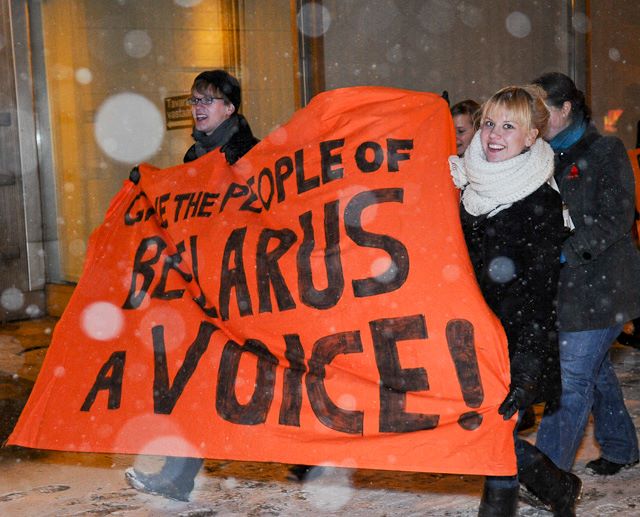 The country of Belarus is both physically and politically stuck between Russia and Western Europe, which have been at odds for the past several years. Currently, Belarus is in the wake of political protests and social unrest. Additionally, the country is reaching a tipping point and the people are demanding change. The first step is the introduction of a new democracy and human rights bill in the U.S. Congress.

Belarus’s current president is Alexander Lukashenko, a man given the nickname of “Europe’s Last Dictator.” In August 2020, the nation held a presidential election and a high majority of the country’s population claimed that the election was entirely fixed. Lukashenko won in a landslide victory and claimed his 26th straight year as Belarus’s leader. Consequently, massive waves of political protest immediately followed the election. It demonstrates a demand for the president’s removal from office.

Lukashenko showed no indication of planning to resign. Vladimir Putin politically supports Lukashenko. However, there is strong evidence that suggests that Putin’s support comes from the worry of a potential social rebellion of the Belarusian people. As a result of the social outcry, protestors and police forces have violently clashed.

The election in August 2020 created a chain reaction of historical change for the country. Belarus’s citizens have a history of keeping their personal political opinions private. Nevertheless, the severity of this matter encourages people to break their silence. This social upheaval brought with it extreme pushback from law enforcement, which led to more than 7,000 arrests of political demonstrators within seven days after the election. In addition, these arrests include accusations of extreme abuse and the disappearances of inmates. This has gained the attention of the U.N. Like everywhere else, Belarus also has significant cases of COVID-19. In response, the U.N. put $7.5 million toward medical aid and spread prevention. Furthermore, basic universal human rights have now become one of the main focuses of Belarus’ and the U.N.’s plan for positive reform.

In October 2020, a team of U.S. politicians introduced a proposed plan of solution for the situation in Belarus. It proposed the Belarus Democracy, Human Rights and Sovereignty Act of 2020. This act would grant the U.S. an opportunity to help introduce democracy to the people of Belarus. In a recent press release from the Committee on Foreign Affairs, each House member supporting the bill explained the reasons for their support.

Moreover, one of the most notable quotes came from Republican Leader Rep. McCaul. He said, “We stand with the historic numbers of peaceful Belarusian protesters that continue to flood the streets to demand a more democratic country. Their voices must be heard and the Belarusian authorities using violence, arbitrary detentions, and repression in an attempt to stifle their calls to chart their own future must be held accountable.” He went on to clarify that the U.S. would not consider Lukashenko’s victory legitimate.

Basic human rights belong to every person, no matter their geographical location or political situation. This serves as a reminder that not every country shares the same rights globally. The introduction of democracy and human rights is an important piece to the puzzle of trying to make circumstances better for a nation and its people.