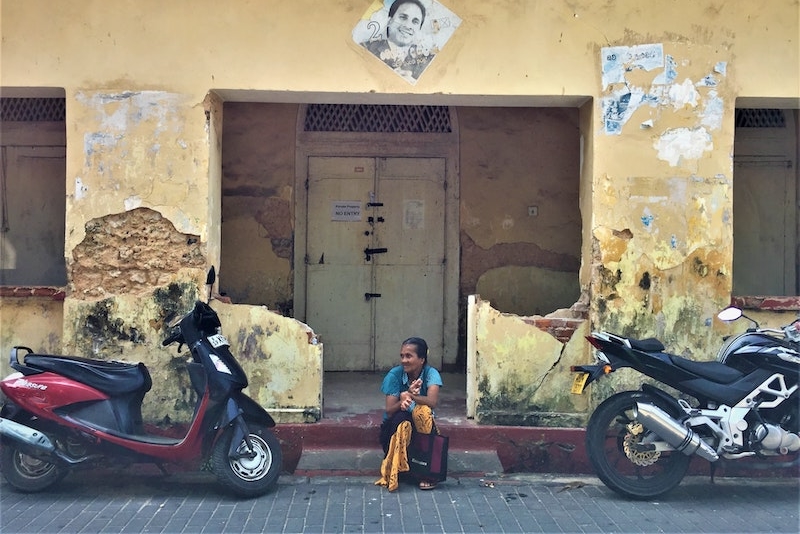 Extreme poverty rates in Sri Lanka are low compared to other countries in the region. According to the Asian Development Bank, only 0.2% of the employed population lived on less than $1.90 per day in 2021. However, the quality of life in Sri Lanka remains low as more than 13% of the Sri Lankan population lived on less than $3.65 per day in 2016. Estimates indicate that, by 2019, this rate may have reduced to about 11%, meaning more people were escaping poverty and capable of fulfilling their most basic needs. However, the struggles from the COVID-19 pandemic and the 2022 economic crisis have caused a regression in poverty rates in Sri Lanka, thus, being poor in Sri Lanka is a new reality for many.

According to the National Multidimensional Poverty Index (NMPI), of every six people in Sri Lanka, one suffers from multidimensional poverty. However, being poor in Sri Lanka is more probable in certain areas and among specific age groups.

In Sri Lanka, there is a significant difference in poverty between rural and urban districts. More than 80% of the multidimensionally deprived are living in rural areas, which makes this group a priority.

Children, in general, are at risk of being poor in Sri Lanka. UNICEF reports that 42.2% of Sri Lankan children between 0 and 4 years old suffer from multidimensional poverty, according to the Child Multidimensional Poverty Index (CMPI). These deprivations include a lack of nutrition, inaccessible education and inadequate access to clean water sources. About 33% of poor children suffer from a form of malnutrition. However, there are no real differences between boys and girls in terms of exposure to poverty, which means there is no gender disparity in relation to poverty among children.

The Effects of the 2022 Crisis

Despite the country’s efforts to move away from poverty and the numerous improvements during the last decade, Sri Lanka’s current economic crisis has shaken the country. The World Bank estimates that poverty rates could double in 2022, rising from 13.1% to 25.6%. This would mark the highest poverty numbers in Sri Lanka since 2009.

Sri Lanka’s inflation rate stood at more than 50% by July 2022 and citizens faced “daily power cuts and shortages of basics such as fuel, food and medicines,” the BBC says. The Russia-Ukraine war has further exacerbated inflation across the world.

The situation affects poor households more severely as purchasing power becomes even lower. The economic recession also caused about 500,000 job losses in industry and service sectors between 2021 and 2022, the World Bank says.

Russia is the third-largest exporter of Sri Lankan tea, but these exports drastically dropped since the start of the Russia-Ukraine war. Furthermore, Sri Lanka banned imports of fertilizer in April 2021, which gravely affected agriculture as farmers had no alternatives. In fact, the 2021/2022 planting season noted a 50% drop in production. This has affected food security in the country and the livelihoods of about 2 million farmers and 40% of the population deriving income from agriculture.

Deteriorating conditions have led to nationwide protests that concluded with the resignation of President Gotabaya Rajapaksa. Therefore, toward the end of July 2022, Sri Lanka imposed a state of emergency due to political and economic stability collapsing at the same time.

In September 2022, the IMF offered Sri Lanka an initial bailout loan of almost $3 billion. The funding looks to “stabilize the economy, protect the livelihoods of the Sri Lankan people and prepare the ground for economic recovery and promoting sustainable and inclusive growth.” Furthermore, an IMF loan may encourage other lenders to reestablish trust with Sri Lanka, which currently has $50 billion worth of debt as of July 2022.

Due to the unprecedented inflation rates, the government reacted by increasing direct financial assistance. Acting President Ranil Wickremesinghe implemented the Welfare Benefit Fast Track Programme ‘Leave No One Behind’ to assist low-income households in Sri Lanka. By October 12, 2022, the program had received 2.3 million applications for assistance. The program is projected to benefit about 3.9 million Sri Lankans.

Because Sri Lanka’s social safety nets have limitations due to the country’s lack of finance, foreign aid to Sri Lanka is crucial amid the country’s economic crisis.