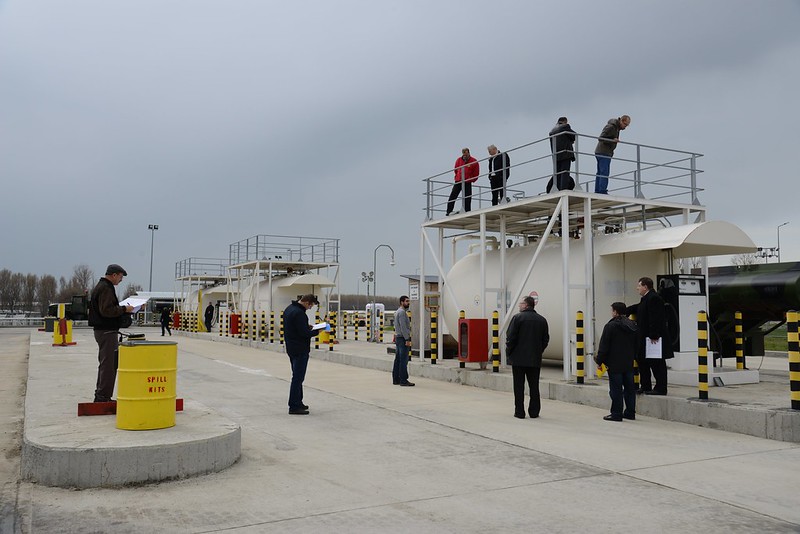 After years of economic downfall, increased rates of poverty and supply chain disruptions, Europe finds itself launched into a desolate fuel crisis due to the ongoing Russo-Ukrainian crisis. The cost of fuel and electricity is likely to increase, further impacting families as they try and survive Europe’s cold winters.

Although the fuel crisis in Europe is often accredited to the Russo-Ukranian War, the problem has its roots in years of crises and decisions that have left Europe with an acute shortage of fuel. Aside from the Russian invasion of Ukraine, the backlash from the 2020 pandemic is the most immediate culprit. The pandemic saw a lower production of natural gas and inadequate maintenance, leading to problems in production now. It also has led to a sharp increase in fuel demand after the lifting of restrictions, causing a shortage in fuel.

In addition to the pandemic and sanctions on Russian exports, much of the fuel crisis in Europe has stemmed from a decrease in energy production. Many countries have been trying to phase out natural gas and coal, shifting towards more sustainable alternatives. In fact, in the past decade, natural gas production halved, with imports making up 83% of gas consumption today.

Because many homes in Eastern and Central Europe already rely on burning coal and wood to heat their homes, the fuel crisis has exacerbated the ongoing coal shortage. Many countries in the EU have pledged to eliminate the use of coal due to its carbon footprint. In addition, Europe placed sanctions on the coal exports of Russia – one of Europe’s biggest coal producers.

The shortage of coal and other fuel sources has led to many European leaders rolling back on measures designed to reduce the consumption of fossil fuels. Several coal-producing countries, such as Poland and Bulgaria have increased their coal usage and reopened old cold-fire plants. Poland has also lifted bans on burning lignite and household coal, though the country fears that the lifted ban still will not meet Polish energy needs.

Wood burning is also expected to increase throughout Europe as governments encourage their citizens to burn wood to keep warm. Countries like Bosnia Herzegovina and Bulgaria have even banned wood exports, fearing that there will not be enough wood for domestic purposes.

An Increase in Pollution

With an increase in the use of dirty fossil fuels and wood burning comes concerns for the impact on people’s health and well-being. It is well-known that countries with high usage of coal and other fossil fuels have a significantly higher rate of air pollution which causes thousands of deaths. One report estimated that 18 coal plants alone were enough to cause around 19,000 deaths in nearby regions. Wood burning is just as deadly as coal, if not more. One study earlier this year found that wood-burning accounted for the most pollution-related health issues and was responsible for €17 billion in health costs across Europe.

The tremendous impact that coal or wood burning has on people’s health means that a sharp increase in usage of it will also increase health issues. This is especially concerning for impoverished groups across Europe as they are the most likely to be affected by this issue. As prices have surged, research has found that poorer households that cannot afford energy are more likely to resort to burning coal, wood or other harmful materials.

This is especially problematic considering that poorer people are more likely to have exposure to air pollution as it is. They are more likely to live in areas with worse air quality and do not often have access to health care to treat possible health issues.

Despite the tremendous effects the energy crisis has had on Europe, governments are working to fight it. In October, the EU introduced a new package that is intended to lower energy costs and secure energy supplies. The package intends to impose a variety of measures that would lower costs, such as negotiating prices, establishing a dynamic price limit and working to lower demand for gas.

Many other countries have introduced similar packages, spending almost €500 billion across the continent to curb prices, lower energy taxes and provide subsidies to citizens struggling with energy costs. Both packages intend to lower the burden of energy costs on families and citizens, especially low-income citizens who tend to be affected the hardest by high prices.

The impact of the fuel crisis in Europe has been tremendous on its citizens. It has led to an increase in coal, wood burning and pollution, which has particularly affected poor citizens. It is also predicted that low-income countries and citizens will continue to see an increase in air pollution and a decrease in health. However, the proposed packages to lower energy costs could not only decrease the financial burden on citizens but decrease the need to burn wood, coal and other harmful fuels.