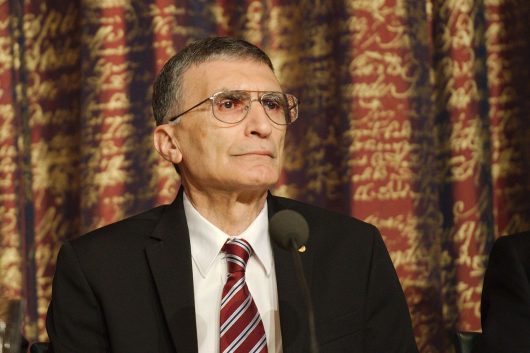 Aziz Sancar is one of the three recipients of the 2015 Nobel Prize in Chemistry. Currently, he serves as a professor of biochemistry and physics at the University of North Carolina at Chapel Hill School of Medicine.

Though he has been teaching and researching at UNC since 1982, Sancar’s education began in his native Turkey. He grew up in a large family in a predominantly Kurdish region of Turkey.

His early life taught him that education for women and men in Turkey was not equal, particularly in the Kurdish areas of Turkey, where girls often married at the age of 13. In an interview with Yahoo, Sancar noted that education for girls was not emphasized as a priority.

Even as a whole, the Turkish nation seems to give less attention to girls’ education. UNC Global states that, per the World Economic Forum’s most recent Global Gender Gap Report, the illiteracy rate is 1.9 for males in Turkey, but 9.4 for women.

Sancar told UNC Global, “As someone from rural Turkey, I understand the power of education. I know what it has done in my life. I want all girls in Turkey and around the world to have the same opportunity I had.”

To this end, Sancar recently launched a program in cooperation with the Harriet Fulbright Institute called Girls in STEM Project. The initiative is designed to increase female students’ interest in science, technology, engineering and mathematics.

UNC Global shared that the project would span seven Turkish cities and host a series of three-day conferences, with both Turkish students and Syrian refugee students participating.

The project’s website details that 700 girls in 6th grade will participate, at no cost, by registering online. The first 100 girls to register in each city involved will be accepted.

Sancar told UNC Global, “We hope this is a beginning,” Aziz Sancar said. “We want to close the gender gap in education and in the workforce in Turkey, and this is one way we can encourage that to begin, to inspire girls to get involved in STEM.”