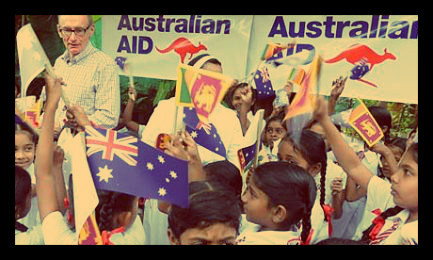 Australian Foreign Minister Julie Bishop recently announced Australia’s plans for its foreign assistant budget in 2014 to the tune of over AUD$5 billion, which will be implemented through foreign aid expenditures. Unfortunately, Australia will be making $107 million in cuts in comparison to last year’s budget, which will ultimately affect many ongoing programs, particularly in Africa.

It was also confirmed by the Department of Foreign Affairs and Trade (DFAT) that Australia’s share of the latest round of funding towards the International Development Association (IDA,) will be cut to AUD$735 million. Bishop spoke openly about the cuts in funding recently and defended them by saying it is an effort to move away from a “hand out culture” and improve Australian foreign assistance efficiency.

“In this way, we have an aid budget that the Australian people will be proud of. We believe that this refocus of our aid budget will deliver effective outcomes. Under Labor’s last budget, they were to receive 2.5 percent of overseas development assistance (ODA.) Under this revised budget they will receive 2.7 percent of ODA- [which] is four times what these non-government organizations received from 2007 and 2008,” said Bishop.

Other organizations also spoke about the cuts, but more critically. Archie Law, the executive director of ActionAid, which operates in 40 countries internationally, said, “But what it hasn’t done until now is given a little bit more detail of where those cuts are coming from. Particularly concerning is the fact that it looks like the Africa program will be cut in half. The region which has more people living in poverty per capita than anywhere else in the world will receive half the assistance from Australia when they receive pretty little in the first place.”

While there is valid support for both sides of the situation, what is universally agreed upon is that there needs to be a healthy level of accountability overseeing how Australian aid money is spent. Australia will continue to meet many of its prior obligations such as the Multilateral Debt Relief Initiative and will focus its efforts in the 2014 year specifically in the Indo-Pacific area.

Sources: The Australian
Photo: The Guardian