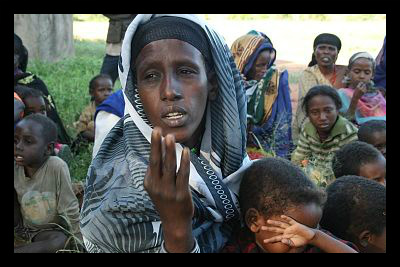 The Horn of Africa is considered to be one of the poorest regions in the world. The United Nations recently estimated that nearly 16 million people in this area are in urgent need of food and other assistance. The American Relief Agency for the Horn of Africa (ARAHA) is an organization working to alleviate suffering from hunger, illiteracy, diseases and poverty—targeting this troubled region.

The region known as the Horn of Africa makes up the eastern part of the continent. The countries of focus include Sudan, Eritrea, Ethiopia, Somalia and Kenya. In order to accomplish their goals the ARAHA divides up their work into the following categories: food, water, disaster relief, education, self-reliance, orphans and repatriation.

The Horn of Africa faces a number of challenges that contribute to and exacerbate the extreme poverty, malnutrition and disease in the region. Drought continues to affect the region’s ability to successfully grow crops and obtain clean water. High levels of famine are a result of drought within the region, claiming hundreds of thousands of lives.

Somalia experienced a famine between the years 2010-2012 that claimed 260,000 lives—half of these deaths were children under the age of five. Since August of this year, there has been yet another famine that is creeping its way through the country.

Long wars and ethnic conflicts make it difficult for countries to progress and for economies to grow. In conflict areas within the Horn, 1.1 million people are currently internally displaced.

ARAHA works to track situations such as the current famine in Somalia. More than 500 families have received food baskets due to the efforts of the ARAHA. The organization builds hand-dug water wells. Emergency water distributions and  water harvesting systems are also implemented in areas of need. Water wells are important in that they provide an opportunity for individuals to seek employment – fetching clean water can take the entire day.

With a donation of $500, the ARAHA is able to grant a dairy cow to a family in need. The purpose of this project is to provide the family a source of income by selling and drinking the milk. A family can expect an average income to be $100 a month with this new pet.

In addition to providing food and access to water, ARAHA provides tools to the struggling region in order to promote sustainable assistance. For example, the solar stove cooks virtually any food using natural light as its source of power. ARAHA has partnered with Shajee Solar International in order to send 200 of these stoves to Sudan.

One of ARAHA’s longest-running programs is the Orphan Sponsorship Program. A $40 sponsorship every month covers the basic needs of orphans such as school fees, basic healthcare and food.