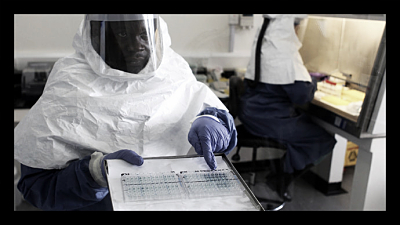 The current Ebola epidemic in Guinea has drawn doctors, nurses, and epidemiologists from across the globe to help prevent the further transmission of the virus. Not surprisingly, it has also drawn anthropologists.

Many international healthcare workers don’t understand the importance of anthropologists in a disease-outbreak setting, but they are critical in communicating with locals about the body and disease.

An anthropologist’s job is to understand local customs and fears, in this case regarding disease. They work to get communities to cooperate with healthcare workers, which is often very difficult in a foreign setting where the local people have a different understanding of health and disease.

Barry Hewlett, a medical anthropologist at Washington State University, states that today efforts to contain outbreaks such as Ebola must be “culturally sensitive and appropriate…otherwise people are running away from actual care that is intended to help them.”

Hewlett was invited to join a World Health Organization Ebola team during the 2000 outbreak in Uganda. His experiences there prove the vital role that anthropologists play in disease outbreak efforts.

In a report on his experiences in Uganda, Hewlett noted that healthcare workers in the field were having a difficult time convincing the local people to bring their sick family members to clinics and isolation wards. They feared the healthcare workers and thought that once their family member went into the isolation ward they would never come out. Not only that, but the deceased were often disposed of quickly to prevent transmission and relatives were often uninformed about the death of their family member.

The other job of anthropologists is to help doctors understand how the local people perceive the disease.

For example, in the case of Uganda, the locals saw Ebola as a “gemo”, or a bad spirit, which killed people who didn’t honor the gods. Doctors used this traditional belief to show that the gemo could catch you if you stood too close to a sick person.

The current outbreak in Guinea has attracted hundreds of field workers, including anthropologists, to curb the spread of the disease. It is the Zaire strain of Ebola, which is the most dangerous, killing 9 out of 10 of its victims.

Healthcare workers in Guinea have their work cut out for them and anthropologists will be key in communicating with the local people.