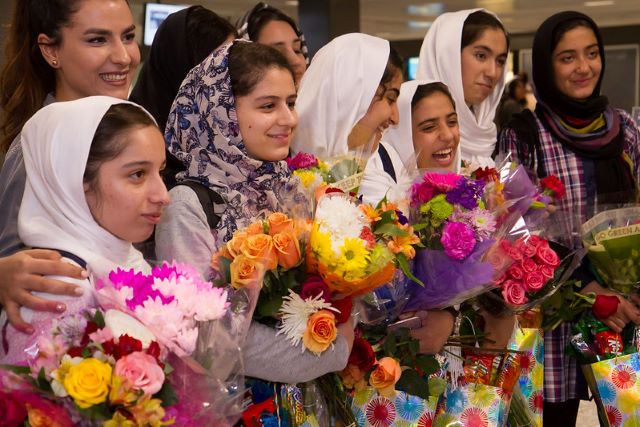 As the COVID-19 pandemic continues to stretch across the globe, all areas of the world have been impacted in various capacities and have been approaching the virus in numerous ways. With growing numbers and many hospitals at full capacity, innovation and new technology become a much-needed crutch. In early March of 2020, the virus began to spread in Afghanistan and the cases steadily increased to almost 1,000 new cases in early June. As of December 2020, Afghanistan had more than 50,000 confirmed cases. Though the World Health Organization (WHO) had been providing personal protective equipment to Afghanistan since February 2020, there was still a strain on doctors and nurses who lacked sufficient resources to treat patients. An all-girls Afghan robotics team aims to reduce the strain on the healthcare system with a ventilator prototype.

In June 2020, the demand for oxygen was higher than the supply and many doctors and hospitals expressed concerns about both costs and scarcity. An all-girls Afghan robotics team saw the severity of this issue and took action to attempt to combat this shortage and fight against COVID-19.

The “Afghan Dreamers” are a robotics team from Afghanistan comprised of all girls between the ages of 14 and 17. The group has reached impressive heights including winning a silver medal in 2017 for “courageous achievement” in an international robotics competition called the FIRST Global Robotics Competition in Washington D.C. In light of the pandemic and increasing ventilator prices, the Afghan Dreamers decided to utilize their skills to design effective and more low-cost ventilators to combat the lack of affordable oxygen in Afghanistan.

One prototype they produced was based on a model from the Massachusetts Institute of Technology (MIT) and another utilized car parts. The gear-based model based on designs from MIT is low-tech, meaning that it can be duplicated from machine parts that are more easily sourced and widely available. The team’s ventilator designs are estimated to cost around 200 to 300 dollars, which is a 99% decrease from the original cost of $30,000. If the prototype does get approved, the ventilators will be used for emergency cases when there are no alternatives.

The Afghan Dreamers faced many obstacles during the course of the building process. While in the middle of a pandemic, the girls were also fasting during the month of Ramadan. In addition, they also had to look for
ways to source materials efficiently and effectively, which led them to look at car parts as Toyota Corollas are a common car driven in Afghanistan. Despite these potential barriers, the all-girls Afghan robotics team was determined to continue researching and problem-solving all while trying to keep themselves safe and healthy.

In Afghanistan, as many as 85% of girls do not receive a proper education. Due to many cultural barriers and stigmas, girls typically do not engage in endeavors as ambitious as the Afghan Dreamers. The all-girls Afghan robotics team has changed the narrative for many girls and hope to continue to help others and achieve more in the future. While the COVID-19 pandemic crippled many across the world, it certainly served as a large source of motivation and inspiration for the Afghan Dreamers.