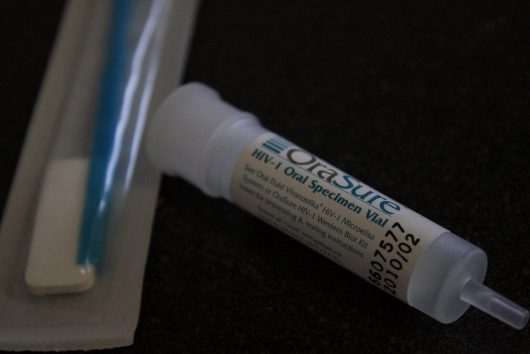 How dangerous is AIDS today?

While many wealthy nations have found ways to manage HIV, neither it nor AIDS had yet been eradicated.

Since the epidemic began in 1981, over 70 million people have been infected with the HIV virus, and upward of 35 million have succumbed to AIDS.

In 2015 alone, 1.1 million people died of AIDS or of an AIDS-related illness. Sub-Saharan Africa houses a majority of the AIDS infected population. One in every 25 adults is infected with the disease.

Sub-Saharan Africa accounts for nearly 70 percent of the worldwide infected population, while the other 30 percent are dispersed primarily throughout Western and Central Africa, Asia and Latin America.

Despite these substantial numbers, investments in HIV prevention research have decreased. Many donors were met with a slew of competing funding demands. Others no longer see the retrovirus as posing a current threat. Much of the world views HIV and AIDS as medical relics — diseases of a time long gone. Yet every day nearly 5,753 people are infected with HIV. That is about 240 people every hour.

HIV is transmitted from person-to-person through unprotected sexual intercourse, transmission of contaminated blood and from mother to child during birth or through breastfeeding. There is no cure for HIV, but the virus can be treated to almost a complete halt with antiretroviral therapy.

However, marginalized groups of people are not granted access to this therapy. As of December 2015, more than 60 percent of people living with HIV did not have access to antiretroviral therapy.

For the first time since the beginning of the AIDS epidemic, scientists believe we are in reach of an entirely AIDS-free generation. Since 2000, the United Nation’s International Children’s Emergency Fund estimates that about 30 million new infections have been averted, eight million lives have been saved and 15 million people who would not otherwise have access are now receiving treatment.

The International AIDS Conference is a biennial meeting held for people working in fields actively related to the prevention of HIV. This year, nearly 18,000 delegates and 1,000 journalists showed up. Many of those in attendance were policymakers, people living with the disease and others committed to putting a stop to the epidemic. This year’s theme was “Access Equity Right Now.” It focused primarily on the ways in which the world can refocus global efforts on HIV/AIDS today and hopefully making treatment readily available to everyone.

But why should we stop there? With access to birth control and prenatal care, better sex education and sterile medical equipment, it is conceivable that we could live in a world that is entirely HIV-free — a world where AIDS really is history.