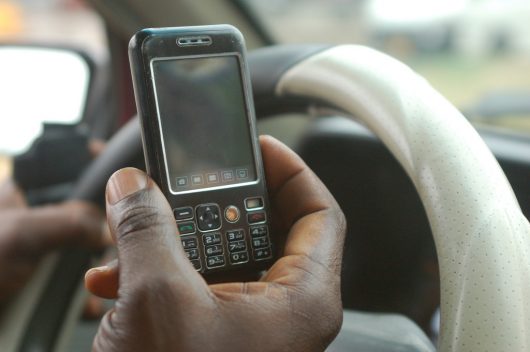 While forced migration is a constant problem, advances in technology have changed the playing field, and aid organizations are struggling to keep up. Today, refugees are using their smartphones for both practical uses and methods of comfort in a difficult situation. For efficient aid distribution, change in refugee behavior must be accompanied by a corresponding change in nongovernment organization (NGO) structure.

“Our phones and power banks are more important for our journey than anything, even more important than food,” a refugee from Syria, Wael, told Agence France-Presse (AFP) news agency.

When Hassan, a 28-year-old teacher fleeing the Syrian civil war, found out his rubber dinghy was sinking in the middle of the Aegean Sea, he used WhatsApp to alert his friend in New York of his location. He was found by the Turkish Coast Guard 45 minutes later.

Hala, a refugee from Aleppo, uses her phone as the only means of contact left between her and her husband, who was kidnapped by ISIS prior to her departure. “That’s why I’m always holding it. I’m holding on to it like I’m holding on to an address of my own, my family. This metal device has become my whole world,” said Hala to a Channel 4 film documentary crew.

Smartphones have become such vital tools that it is now standard practice for NGOs to distribute chargers in refugee camps. Facebook, WhatsApp, Viber, Google Maps – they’re commonplace applications that have helped refugees quickly navigate their way to safety. Perhaps even a bit too quickly.

“You see their [NGOs] logos, but you don’t see them,” said Hassan.

International aid workers have struggled to keep up with the pace of migrants, often ditching the practice of establishing camps in favor of delivering aid to wherever refugees might happen to be.

The United Nations High Commissioner for Refugees (UNHCR) changed their policies in 2014, funding hackathons across Europe so app developers throughout Europe could create new tech-centric solutions to their problem. These hackathons proved themselves instantly effective. Instead of relying on static means of distribution, new projects like Germany’s Refugees Welcome and Comme à la Maison (CALM) created a channel for refugees to find necessary contacts to help them wherever they may be.

In the future, huge aid organizations should back the winners of hackathons like Techfugees, which generates a variety of smaller startups that are more intuitive and problem-specific.