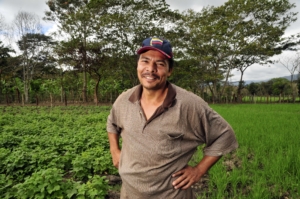 Honduras is the second-poorest country in Central America, and although its economy relies heavily on agriculture, about 1.5 million Hondurans are still food insecure. Barriers like natural disasters and unpredictable weather continue to threaten the country’s food production, but recently, advancements in agroforestry are restoring the faith in farming nationwide. Alley cropping, a new method of agroforestry, is steadily showing how it is improving food security in Honduras.

For years, agroforestry has been transforming the lives of farming families by increasing food security in Honduras. However, before the introduction of alley cropping to farms in the country, crop failure continued to devastate farmers. While other agroforestry techniques have minimized the damage resulting from flooding, erosion and drought, alley cropping has proven to be a more successful method of crop farming. Alley cropping involves planting rows of crops between trees. This methodology creates an integrated ecosystem that improves and nourishes soil that supports both crop quality and quantity, thus increasing the amount the farmers are paid so that they can afford to support their families.

In Honduras, Inga trees are among one of the most popular and successful trees used in alley cropping systems. The Inga Foundation’s demonstration farm showcased hedgerows of Inga trees, which are known to revitalize the soil and support crop growth. Here are a few reasons why the Inga tree was chosen as the model for alley cropping.

Because the Inga tree is both incredibly resilient and easy to grow, more and more farmers are seeking out their seeds in order to better provide for their families. This tree, when paired with agroforestry, is playing a huge role in improving food security in Honduras.

The benefits that come from agroforestry methods like alley cropping can mean the difference between life and death for some families in Honduras. Thankfully, the Inga Foundation has allowed for the breakthrough of improved farming which has saved hundreds of Hondurans from the burden of food insecurity.