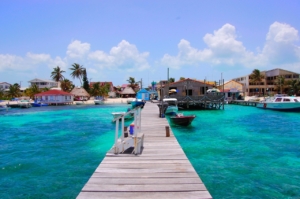 Belize has increasingly become a popular tourist attraction over the past several years. Not only is it a favorite among celebrities, but it is also a place where many non-famous people choose to purchase property. Vast natural ecosystems and welcoming locals draw visitors to the country for rest and relaxation. As the nation continues to evolve, byproducts of expansion take a toll on the preservation of natural resources, in turn creating waste and other issues that affect sanitation in Belize.

10 Facts About Sanitation in Belize

Most of Belize’s infrastructures are stable and use the latest technology. The growth of Belize and the growing health of its citizens are evidence of these facts. There is a definite standard in place to ensure little to no impact on the environment. Business and commerce are on an upward trend. The government plays a significant role in growing the nation’s civil framework as well as addressing issues of sanitation in Belize. Belize is a country with a unique ecology. Its popularity as a place to unwind, and perhaps stay, is growing.