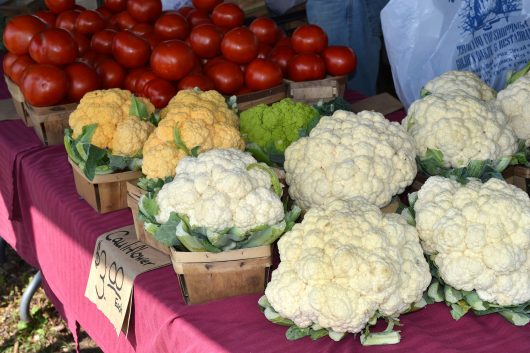 As China continues its efforts to lift its citizens out of poverty, initiatives have been established to help those living in rural communities. The government has created the twelfth Five Year Plan that aims to alleviate poverty and focuses on people in rural China, who are more susceptible to poverty than those who live in metropolitan parts of the country.

The plan states that China plans to “lift all of its poor out of poverty by 2020,” by mainly focusing on people living in the nation’s 128,000 poor villages and 832 counties. The plan further encourages the development of competitive industries in areas that include agriculture and tourism to help pursue the goal of alleviating poverty by 2020.

Beyond the government’s efforts to support citizens in rural communities, migrants from these communities, who previously moved to metropolitan cities for better opportunities, are moving back to their hometowns and villages to set up businesses to help progress these areas.

A cause for this shift is attributed to favorable policies implemented to help progress the lives of people in rural China. The Chinese government has created policies that focus on improving rural infrastructure, providing subsidies, streamlining registration procedures, improving financial services and setting up entrepreneurial parks.

In recent years, approximately seven million returnee migrants have established agriculture-based enterprises in their hometowns and villages. Estimates state that the number of returnee migrants is increasing by 10 percent each year. As a result, The Ministry of Agriculture states that at least eight new jobs on average have been created for people in rural China when businesses are set up by returnee migrants.

One industry that has been proven effective in alleviating poverty in rural China is the agritourism industry, which has seen increased interest by both developing and developed countries with large agriculture industries. Agritourism can be defined as the act of tourists visiting a farm or ranch for leisure, recreation or educational purposes.

The increased interest in agritourism can be attributed to tourists’ increased understanding of environmental protection and a heightened interest in improving the quality of life for those who live in rural China. The urban economy in China has also contributed to this popularity with its growing economy and raised awareness of healthy living, which has increased the demand for organic products and rural tourism.

The Results of Agritourism

The past six years have brought success to the agritourism industry and have helped bridge the economic gap between the urban economy and rural economy in China.

In 2012, there were roughly 1.7 million leisure farming and agritourism businesses that were created and helped create employment for 6.9 percent of the total rural labor force. These enterprises brought in an annual revenue of over 240 billion yuan from the 800 million tourists who visited rural China.

In 2016, the number of tourists increased to 2.1 billion people, who brought in and estimated 570 billion yuan that helped 6.72 million households in rural China.

Even though agritourism has proven successful for millions of citizens, there are still sectors in the agritourism industry that need improvement.

There have been numerous issues that have arisen concerning agritourism and how to sustain the industry, so it can become a more reliable avenue to help alleviate poverty in China. These issues include problems with sanitation practices, lack of program planning and lack of reliable research and monitoring systems.

Also, with rural residents offering tourists “rural-style themed” food and accommodations, these practices have hindered further development of the agritourism industry. Solutions proposed have been to encourage the government to “help logistically and practically by integrating education resources in vocational institutions and by providing tailored training services for the new farmers.”

With efforts underway to improve the livelihoods of China’s rural residents, and with agritourism having already been proven as a successful industry, only time will tell whether this industry can be enough to lift people in rural China out of poverty for good by 2020.