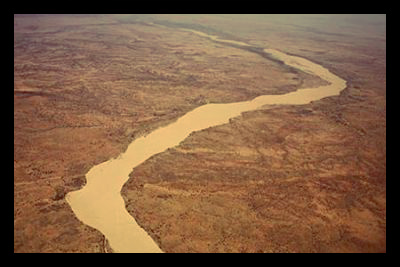 In February 2014, the UN pleaded with aid organizations to meet a $2 billion challenge in order to face a food crisis in Africa’s Sahel region that could affect over 20 million people.

Africa’s Sahel region divides the Sahara Desert from the Sudanian Savanna, spanning the width of the African continent, and has, in recent years, been damaged by a process known as desertification. Desertification is caused by poor agricultural practices and natural soil erosion. Additionally, a combination of population growth, drought, and conflict has put the already vulnerable region at risk.

Of the 20 million food insecure inhabitants, 5 million are children at risk of acute malnutrition. Already, nearly 577,000 children die each year of malnutrition in the Sahel.

UN officials are especially concerned about the Sahel because, in 2013, donors only offered about 60% of the requested $1.7 billion. They argue that another shortfall would prove catastrophic for many of the region’s most vulnerable.

The requested $2 billion would fund a three-year development plan that includes the countries of Burkina Faso, Cameroon, Chad, Gambia, Mali, Mauritania, Niger, Nigeria and Senegal. The UN seeks to work with the governments of the Sahel in conjunction with international aid organizations to address the root causes of conflict and famine in the region in order to make the Sahel more food secure.

This is the first multi-year plan for the Sahel, and it represents a shift in the way the UN deals with food security issues.

In September of 2013, the UN Humanitarian Coordinator for the Sahel, Robert Piper, said of the situation, “Business as usual doesn’t cut it . . . One of the problems we have today is that governments tend to want to fund food and nutrition . . .They are much more reluctant to fund, say, agriculture or water and sanitation inputs.”

Piper argued for the development of long-term solutions as the only option for the people of the Sahel.

Many of the food insecure are those who have been displaced by conflict.  Violence in the Central African Republic, Sudan and Nigeria has lead to more than 730,000 refugees spilling into the region and some 495,000 displaced internally.

Without a plan to resolve these conflicts and care for the refugees, the continuing costs and caseload will become too great for the UN, Piper claimed.

Bill Nye, the “Science (Poverty) Guy”Chikungunya: What is it and What Can We Do?
Scroll to top