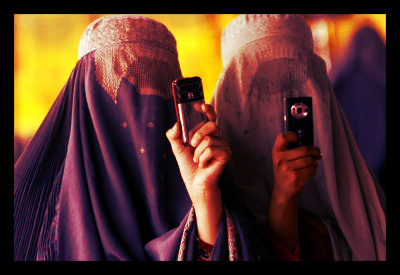 Afghanistan is a nation with a turbulent history. It is a nation embattled as a result of the many conflicts that have transpired within its borders. In recent years, Afghanistan has sustained a steady disfiguration of its landscape as a result of the protracted War on Terror, along with the various terrorist activities in the nation which several militaries, the North American Treaty Organization (NATO) most notably among them, have sought to suppress. Before the War on Terror, Afghanistan started to incur devastating losses in a war with the Soviet Union from 1979 to 1989, during which over one million Afghanis were killed. Afghanistan was again challenged by a brutal civil war in the 1990s in which extensive violence led to more casualties and internally displaced persons. Conflict in Afghanistan has thus resulted in enduring regional instability over the past 35 years, much to the detriment of national infrastructure improvement. Consequently, economic development has been difficult to implement as well as sustain. Afghanistan performs poorly in many areas considered benchmarks of human development. On the actual human development index, Afghanistan ranks 172nd in the world out of the 187 countries that were surveyed. The performance of the nation’s economy is consistent with the assertions of its human development index ranking. The gross domestic product (GDP) per capita in Afghanistan is $1,399 and is ranked 161st in the world by the World Bank. The country’s literacy rate is also among the lowest in the world at 28.1%. In spite of Afghanistan’s persisting limitations, it has seen significant progress over the course of the past decade. Enrollment in Afghanistan’s schools has increased to nearly eight million from its 2002 total of just one million. Access to basic health resources increased from 9% to 60% between 2003 and 2012, and the number of healthcare facilities saw an increase of over 100% in the same period. Significant improvements were observed in the country’s energy infrastructure as well. Since 2004, the number of Afghani homes with access to grid power increased from 6% to 25%. As a result of investment in these areas, especially in the case of healthcare, both employment and the economy at-large have performed well and experienced steady growth. For the entirety of the War on Terror, total GDP exhibited average growth of 9.2% topping out at 11.8% in 2012 as a result of advantageous weather conditions and, as a result, a booming agricultural sector. The agricultural sector in Afghanistan, which constitutes over 70% of the country’s economy, has been aided by the administration of the World Bank’s National Solidarity Program. The National Solidarity Program has also led to the creation of 34,000 Community Development Councils. Many of these councils have garnered further investment from the World Bank totaling $1.12 billion, funding thousands of projects that these local collectives have sought to introduce. With the complete withdrawal of NATO security forces from Afghanistan set to take place in 2014, the economic outlook for the country is riddled with unresolved security concerns. Since 2001, the security apparatus in Afghanistan has been comprised almost exclusively of foreign troops, and their withdrawal is anticipated to have potentially severe implications for future development efforts. Contrastingly, in yet another period of war, Afghanistan has seen unprecedented growth of infrastructure considered necessary for poverty-reduction. In spite of security concerns that will likely take a long time to address, there is certainly cause to be optimistic about the progress that has been forged in Afghanistan since 2002. – Benjamin O’Brien Sources: Transparency International, World Bank Photo: Able2know