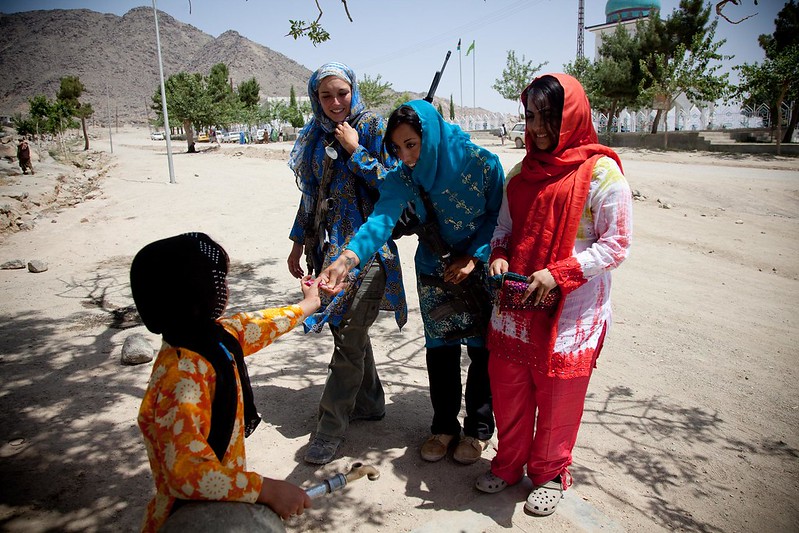 A 2019 census reports an average household income for U.S. residents of slightly more than $68,000. The thought of running water to brush one’s teeth, three hot meals a day and educational attainment up to a minimum of nine years is a certitude in all states. Yet, many Afghans are not able to access the same. Roughly 42% of Afghan people have access to safe drinking water and more than half the population lives below the poverty line, with 11 million individuals experiencing acute and severe food insecurity. Furthermore, despite Afghanistan mandating nine years of compulsory education, education is not gendered equitable. Afghan education often leaves girls and women behind. For these reasons, Afghanistan needs more foreign aid, not less.

The foundation Gapminder “is an independent educational nonproﬁt ﬁghting global misconceptions.” As an educational tool, Gapminder hosts the Dollar Street project. Anna Rosling Rönnlund invented Dollar Street as a way for the global public to understand data. Rönnlund’s 2018 Ted Talk challenged the world’s views on poverty. She ranked countries and families by displaying their wealth in images by comparing resources such as beds, toothbrushes and toilets. Additionally, U.S. citizens saw the United States rank in the top 2% of the wealthiest countries, a far contrast from the bottom 25% where households survive on less than $200 per month. This blatant exhibition of wealth inequality provides a strong case of why a country like Afghanistan needs more aid, not less.

With poverty in images, the strife in Afghanistan is something that simply cannot be ignored. Foreign aid, for example, the U.S. International Affairs Budget, can make real change in an impoverished country. A September 2021 article by Al Jazeera Media Network reports on data projecting that by the half-year mark of 2022, about 97% of Afghan people will face circumstances of poverty. Economically, a country receiving aid can become an emerging or stronger trade partner when its low-income citizens receive assistance. Poverty assistance is not the only way in which foreign aid helps a country. Foreign aid can serve as humanitarian aid and combat transmissible diseases such a COVID-19. In turn, increased foreign aid has the potential to increase the protection of all Americans domestically and internationally, including U.S. military personnel abroad.

The Need for More Foreign Aid

The Borgen Project’s economic and political model is a strategic approach for making real change. The Borgen Project influences multiple U.S. legislative policies to impact foreign aid contributions. Currently, the U.S. donates a mere 0.18% of gross national income (GNI). This contribution of 0.18% is far below the official development assistance target of 0.70% GNI. This 0.70% target was developed and based on the work of Nobel Prize winner Jan Tinbergen. His work demonstrates that a contribution of 0.75% of GNI from high-income nations would allow “developing economies to achieve desirable growth rates.” The U.N. agreed to this target, establishing a timeline for countries to meet this goal by 2015. Yet, since the target was set, the goal has still not been achieved.

Aligning with The Borgen Project’s mission, the U.S. and the global community must remember the commitments made to the Organisation for Economic Co-operation and Development in 1970 in order to make significant strides in global poverty reduction. A small increase to the International Affairs Budget will assist humanitarian aid organizations seeking to help Afghans on the ground with immediate needs, such as food, shelter and access to clean water. As a country riddled with conflict, violence and poverty, it is clear why Afghanistan needs more foreign aid, not less. With more individuals supporting the International Affairs Budget, Afghans have an opportunity to rise out of poverty and look toward a brighter tomorrow.