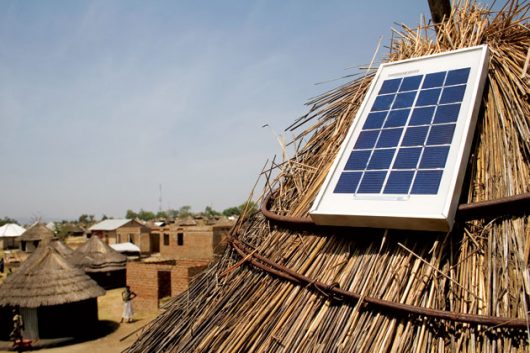 For decades, the notion of affordable energy in sub-Saharan Africa has been a pipe dream. The region is extremely poor, with the majority of the population simply unable to pay for the energy that could offer opportunities to raise them out of poverty. This may be changing, however, with recent technological developments offering the potential to turn this dream into a reality.

More than 600 million people in sub-Saharan Africa do not have access to electricity, with estimates suggesting that even by 2040, that figure is expected to remain at more than half a billion. The energy infrastructure across the region is chronically underdeveloped, meaning that even those who do have access to power are unable to rely on it. For instance, in 2013, Tanzanian business owners were suggested to lose 15 percent of their business as a result of the frequent power outages. Issues such as this have led many to believe that the electrification of Africa may be the largest development challenge facing our world.

Despite this, numerous suggestions have been made as to how to tackle the problem. While it has limited natural resources in many areas, sub-Saharan Africa has great potential for renewable energy. The most commonly suggested method of taking advantage of this is through solar power, something that has become more and more appealing as the associated costs have decreased in recent years. This being the case, a number of companies have entered the market, offering solar power as a solution to the energy crisis facing the region.

Off Grid Electric is one of these companies, with operations in Tanzania and Rwanda and soon in the Ivory Coast. At the moment, it powers 125,000 homes, gaining an estimated 10,000 new customers per month, and employs around 1,000 people. Although packages may differ, customers generally receive a solar panel, which will be installed on their roof, and a battery-pack that allows them electricity to power lights and small electronics. For customers it is affordable, with basic packages costing near the same per month as a supply of kerosene would, but with more utility and without the health risks.

Access to this type of energy source can completely change the lives of those who use it. In schools, the power sources offer the possibility of getting computers to assist with learning, while lighting at home allows children to study after dark. Farmers are able to receive accurate weather warnings, allowing them to protect for their livestock and crops. Business owners can earn more, whether through being able to stay open longer or being able to communicate with customers by being able to charge their phones. The opportunities that electricity offers for development appear to be almost limitless.

Due to its low costs and easy installation, solar power would seem to be the way forward in providing affordable energy in sub-Saharan Africa. Off Grid Electric, and similar companies, may not be able to solve the problem on their own; however, the initial progress made is promising. With future active investment from the developed world, electrification of the continent seems more a reality than a dream.

Prioritizing and Improving Human Rights in Tuvalu How to Become a Politician: 4 Crucial Steps to Success
Scroll to top