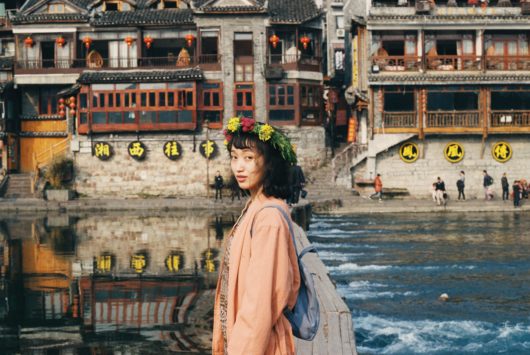 Poverty in China today primarily refers to the rural poor, as the country’s economic growth over the past few decades has led to the majority of urban poverty disappearing. However, while local Chinese governments have implemented many programs and policies in an effort to aid China’s poorest regions, there is still one major factor that researchers say China is forgetting about: language. In a lot of ways, language and its variations affect poverty in China.

Geography plays a huge role in analyzing the relationship between spoken Chinese languages and poverty. China’s last national census reported that the nation has more than 1.38 billion inhabitants, many of whom are located in the urban areas of Eastern China. Studies of China’s urbanization trends also reveal a migration of the nation’s various ethnic groups. The ethnic group that populates urbanized cities most often determines the main language in those places. With 91.51% of the Chinese population being Han Chinese, standardized Mandarin is the language that most people speak across the nation.

The remaining 8.41% of the Chinese population comprises 55 other ethnic groups. This part of the population, though a minority in terms of the general population makeup, accounts for the majority of those who are located in rural Chinese areas. The Chinese central government has identified 14 of these rural provinces as areas of concentrated poverty. These areas have their own distinct languages and cultures, speaking one of 200 dialects from five main dialectical groups, out of which Mandarin Chinese is only one. Furthermore, around 30% of these ethnic minorities are illiterate and unable to speak Mandarin, the main language in the country. As such, many of these ethnic minorities remain isolated from provincial opportunities that may help them rise out of poverty.

There has been an increase in attention from regional and local Chinese governments in terms of addressing the education gap between urban and rural communities. One expert, Zhu Weiqun, even states that the Chinese government needs to do more to teach these ethnic groups standardized Mandarin, as this has been a primary influencer in the development and urbanization of cities like Beijing. This type of education will provide these ethnic minorities with the lasting ability to access other jobs apart from farming, that will enable them to earn enough money to feed and clothe themselves without such a strong dependency on governmental programs.

Understandably, there is also the problem of resistance from certain ethnic minority groups, particularly Muslims, who feel that their language is integral to their cultural identity. As such, the government is tasked with encouraging the standardization of its most commonly spoken dialect in a way that does not simultaneously alienate any one ethnic group. This cycle of promotion and rejection is integral to the way that language continues to affect poverty in China.