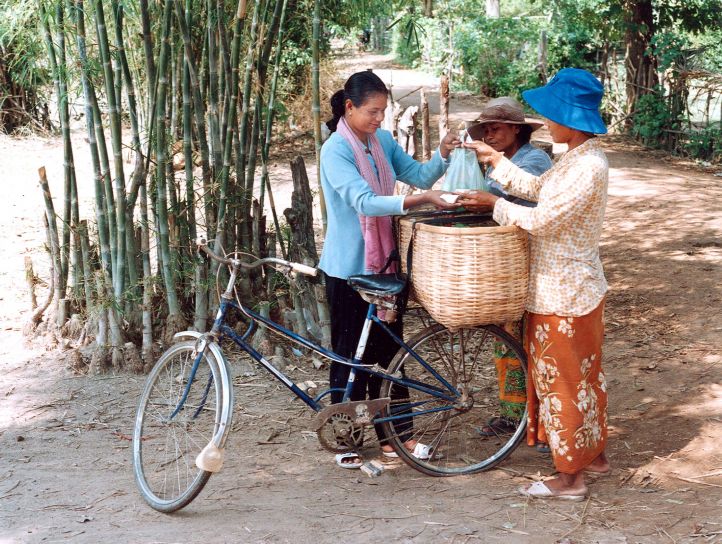 Women in Cambodia make up over 50% of the population but are still fighting for basic rights and gender equality. Cambodian women are struggling to participate politically, socially and economically because the country’s history and cultural traditions frequently value women less than men. Here is some information about women’s rights in Cambodia.

The State of Women’s Rights in Cambodia

Women’s rights in Cambodia have come a long way in the past years, but the country has not completely abolished gender inequalities. Women in Cambodia still struggle with the wage gap, finding opportunities for higher education, gender-based violence and erasing stigmas and stereotypes. Due to these issues, many NGOs have stepped in to help create change and spread awareness.

Cambodia emerged as a country from conflict and unequal power dynamics between sexes. Since 1992, Cambodia has slowly been pushing toward improving women’s rights along with empowering women to exercise their rights. Implementing CEDAW into its constitution was the first step to put Cambodia on the right track.

The Cambodian government ratified CEDAW in article 31.1 of its constitution in 1992. CEDAW, also known as the “Convention of Elimination of All Forms of Discrimination Against Women” is an international treaty protecting women from discrimination. It takes precedence over laws in Cambodia and many consider it a “fundamental legal basis for implementation.” The constitution also includes further efforts to end discrimination against women in article 45.1.

The implementation of CEDAW led to the creation of NGO-CEDAW in 1995. NGO-CEDAW is a nonprofit organization that ensures the implementation of CEDAW by creating a good relationship with the government and training all Cambodian women on CEDAW. The organization persuaded the Ministry of Women’s Affairs to adopt the Law on the Prevention of Domestic Violence and the Protection of Victims in 2005 and the Anti-tracking law of 2008. NGO-CEDAW also works with the government to “recommend amendments to the domestic violence law.”

The Cambodian Committee for Women (CAMBOW)

One in five women in Cambodian report experiencing physical violence since age 15 and half of those women disclosed that they had never told anyone because they believe “there are conditions that justify violence against women.” The Cambodian Committee for Women (CAMBOW) promotes the protection of women by educating, training, advocating, researching and working with national and regional networks to address serious issues that are common in Cambodia such as domestic violence, rape and human trafficking. CAMBOW emerged in 2000 and is an alliance of 35 NGOs and networks that participate in activities involving ending violence against women and children, raise awareness on women’s rights through popular media campaigns and coordinate the exchange of information between the 35 NGOs.

The Asia Foundation has worked in Cambodia for decades, focusing on increasing women’s and girl’s rights and security, creating economic opportunities and advancing women’s involvement in politics and everyday decision making. The Foundation has discovered that helping empower women is one of the best ways to eliminate poverty and increase development. The Foundation works with local organizations and community leaders to create positive change and teach women the skills they need to reach their full potential. Specifically, the Foundation has provided 116 scholarships to young women in poor families to go to college, offered 1,800 victims of trafficking legal and social support and trained 778 officials from the Royal Government of Cambodia on the National Minimum Standards for the Protection of the Rights of Victims of Trafficking. The Foundation also creates worldwide networks for female councilors and meets with government representatives to inform them of everyday challenges that women face.

On March 8, 2019, five NGOs joined Cambodian women to celebrate International Women’s Day at Olympic Stadium after security forces shut their march down earlier. The Women’s Network for Unity (WNU), Women’s Information Center (WIC), The Cambodian Centre for Human rights (CCHR), Rainbow Community Kampuchea (RoCK) and Gender and Development for Cambodia (GADC) encouraged all women to come together to highlight women from all classes, ages and sexualities to share their personal stories. The celebration wanted to show the government that Cambodian women are demanding greater respect and representation; specifically asking for new policies and improved living conditions for all women. On International Women’s Day on March 8, 2020, Cambodian civilizations celebrated by coming together at Democracy Square in Phnom Penh and putting together a fashion show with slogans to promote respect for women’s rights.

Many more NGOs are working to make women’s rights in Cambodia a priority that people respect, uphold and protect. Progress does not occur in one night and as long as these NGOs continue to encourage women to break cultural and social norms, come forward and stand up for themselves, Cambodia as a nation will come to see that men and women are equal.