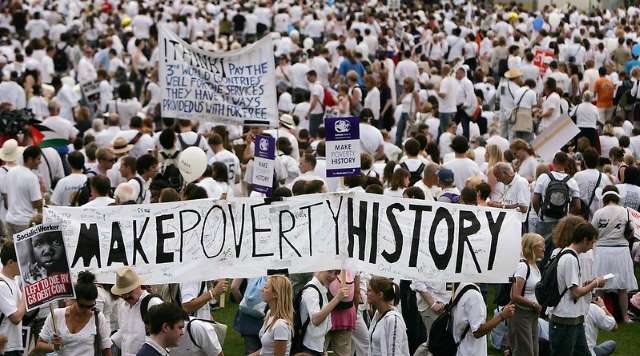 The mission of The Borgen Project differs from many other foreign aid organizations in that it focuses on combatting through ongoing legislation rather than one-time donations to countries in need. In order to make the most significant impact on the world’s poor, it is necessary to call, email and lobby members of Congress to support beneficial foreign policy. With this more complex mission comes the task of becoming an informed advocate for global poverty legislation. Not unlike many vital humanitarian causes, self-education is not only increasingly crucial but increasingly accessible. There are simple ways to become more well-versed in global poverty and foreign policy.

There is no better time than now to invest in reading informative books about worthwhile topics. Popular books surrounding the topic of global poverty legislation and advocacy include “How Change Happens” by Duncan Green and “Freedom From Want: The Remarkable Success Story of BRAC, the Global Grassroots Organization That’s Winning the Fight Against Poverty” by Ian Smillie. These books offer analyses on the history of grassroots organizations fighting poverty, as well as actionable steps to contribute to these efforts.

It is also vital to read about the intersection of global poverty and social identities, such as gender and race. One such book is Pulizer-Prize winner “Half the Sky: Turning Oppression into Opportunity for Women Worldwide” By Nicholas Kristof and Sheryl WuDunn. Reading memoirs is also particularly useful for this. Two notable titles in this category include “Persepolis” by Marjane Satrapi and “They Poured Fire on Us From the Sky: The True Story of Three Lost Boys from Sudan” by Benson Deng, Alephonsion Deng, Benjamin Ajak and Judy A. Bernstein.

A picture says a thousand words and many Instagram accounts use vivid photos to convey global poverty and advocacy updates. Many of these photos feature eye-catching graphics containing statistics about global poverty and brief but comprehensive captions always offer context for the images. While social media often contains vapid or fleeting content, these accounts demonstrate how social media can educate anyone willing to follow along. Examples of such accounts are UNICEF, the International Rescue Committee, the United Nations, U.N. Human Rights, and the U.N. World Food Programme.

4. Keep Up with Senators and Representatives

The most direct way to advocate for global poverty legislation is to contact members of Congress on an ongoing basis. Each person has one representative and two senators, which can be easily located using the “Find Your Elected Officials” tool on The Borgen Project website. In addition to subscribing to representatives’ and senators’ newsletters and social media accounts, it is enlightening to do more research on their previous actions for poverty-reducing legislation.

More often than not, there will be a tool on a congressperson’s website to view the bills they have recently sponsored or co-sponsored as well as pages that specify which committees the congressperson resides on. On the U.S. Congress website, there are pages detailing several Foreign Policy Committees, including who the committees consist of. By conducting research, it is easier to determine what any given congressperson’s stance is on global poverty legislation and foreign aid. With this information, one can go beyond the typical call or email and additionally bird-dog or lobby congress with an informed perspective of the congressperson’s past efforts and priorities.

Becoming an informed advocate for global poverty legislation may seem like a massive undertaking but the amount of dedication to the challenge distinguishes true solidarity from fleeting, temperamental advocacy. Using these accessible resources, anyone can learn about the importance of poverty-reducing legislation and aid and play a part in reducing global poverty.

Humanitarian Crisis in Zimbabwe Food Insecurity on the Islands: Hunger in Fiji
Scroll to top