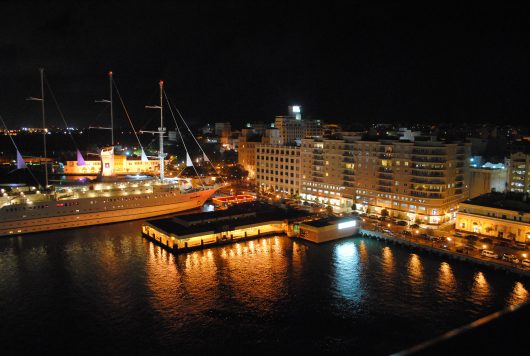 Poverty in Puerto Rico continues to be a major issue, indicating that the island is anything but a “rich port.”

For many years, Puerto Rico has relied heavily on tourism to boost its economy, but the Zika virus, which is linked to severe birth defects and neurological diseases, has scared many tourists away during the peak of tourist season.

As a precaution against contracting the virus, tourists have canceled their plans to visit the island, resulting in a loss of about $28 million in revenue.

In addition, the island cannot pay its $72 billion of debt or meet the $30 billion shortfall in its state pension fund. At this rate, Puerto will soon run out of money.

According to The Week, for decades Puerto Rico issued bonds to cover budget deficits. However, the securities are exempt from federal, state and local taxes, making them attractive to investors. In 1996, Congress ended tax breaks for U.S. manufacturers operating in Puerto Rico. As a result, the island doubled its debt over the next 10 years.

Unemployment in Puerto Rico currently stands at more than 12 percent and the poverty rate is a staggering 45 percent. The Week also reports that the foreclosure rate is increasing, water and electricity rates have spiked and sales tax rose last year from seven to 11.5 percent, the highest in the U.S.

In addition, more than 440,000 Puerto Ricans have fled the country for mainland states, primarily nearby Florida.

In 2014, the U.S. Census estimated that 58 percent of children live below the federal poverty rate in Puerto Rico. It has been documented that children who experience poverty are at a higher risk for health problems, academic difficulties, criminal behaviors and unemployment. Children in Puerto Rico are faring worse than other U.S. Hispanics due to low quality early childhood care and education.

The Obama administration is working closely with Puerto Rico officials to resolve the crisis. They have dedicated a team to closely monitor the crisis and provide financial advice. The administration has aided in providing a steady flow of previously obligated federal funds to the island.

However, a $2 billion payment is due on July 1. Gov. Alejandro Padillo said in an appeal to the U.S. Senate in December, “We have no cash left.” In a statement, the White House urged Senate to act promptly “so the president can sign the bill into law ahead of the critical July 1 debt payment deadline.”

House Speaker Paul Ryan also insisted Congress act quickly, warning lawmakers of a “deepening crisis” on the island. Ryan said, “The island is shutting down with closed schools; hospitals are beginning to close, that’s today. Tomorrow there could be policemen without cars, there could be blackouts at hospitals.”

The Obama administration has warned that, if unaddressed, poverty in Puerto Rico could grow into a humanitarian crisis. If the bill is passed, Congress can provide the critical tools Puerto Rico needs to restructure its debt, fix its healthcare system and jumpstart its economy.