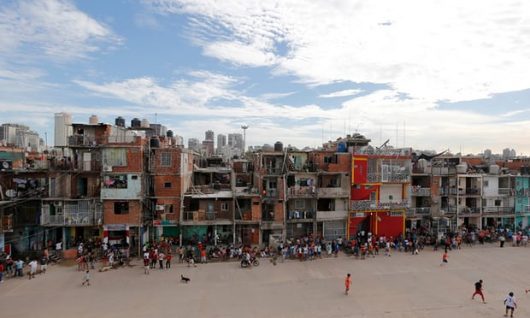 In 2017, over 13 million people live under the poverty line in Argentina. This accounts for almost 33 percent of the country’s population, a notable increase of almost four percent from the 2016 figures. So, why is poverty in Argentina so common and why is it getting worse?

In comparative regional terms, “poor” is not necessarily an accurate description of Argentina. The World Health Organization’s Human Development Index considers Argentina to have “very high human development.” It is one of only two South American countries on the list, along with neighboring Chile.

However, poverty in Argentina is growing, most likely due to the instability of the country’s economy. Since his election in 2015, President Mauricio Macri has introduced a series of economic reforms intended to spur growth, a total reversal of the previous government’s policies. The economy is indeed growing after surviving a 2016 recession, but reforms have simultaneously been condemned as damaging to the country’s poor. Inflation has swelled due to the lifting of currency controls, the cutting of utility subsidies and the reduction of agricultural export taxes.

Fortunately, President Macri recognizes that, while Argentina’s recession has ended, the poverty rate is increasing as a result. He came into office with a “zero poverty promise,” but in a statement in 2016, he acknowledged the considerable percentage of Argentines reaping little benefit from the nation’s new economy.

Prior to President Macri’s government, poverty in Argentina had already been a controversial subject. The populist former president Christina Kirchner, Macri’s political polar opposite, also failed to bring the poorest Argentines positive change. Under former President Kirchner, slums such as Villa 1-11-14 in Buenos Aires became so neglected, they had no official status or name.

Questioning why Argentina remains a harsh place for so many of its people must surely reflect on how the previous government essentially pretended poverty did not exist at all. Furthermore, President Macri’s reversal of Kirchner’s economic platform is symptomatic of the Argentinian political system, which often has to deal with frequent and catastrophic economic crises, having experienced two in the 21st century alone.

Actions taken in recent months suggest some relief is on the horizon for the nation’s poor. The government has agreed to introduce a “social emergency loan,” which will generate a million jobs and raise the salary of Argentina’s large “informal” economy, such as handiwork and cooperatives. Additionally, the country’s departure from its previous recession in the second half of 2016 could begin to see the economy rebound, bringing change for the less fortunate in the near future.