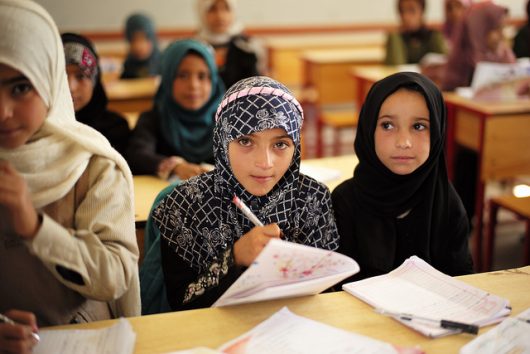 Yemen is a nation located in Western Asia at the southern end of the Arabian Peninsula. Yemen is also the second-largest country in the region and has a population of around 25.5 million people. Due to the unstable nature of the nation’s government coupled with the influence of insurgent groups such as ISIS and Al-Qaeda, human rights in Yemen is a topic that needs to be discussed for it to move from a developing nation to a developed one.

Due to the influence of extremist Islamic groups in this region of the world, Yemen struggles to ensure the rights of its women. As a result, human rights in Yemen are not yet where they need to be.

Even though the Yemeni Constitution of 1994 states that women have equal rights as men, the country still struggles to provide this for all women. Yemen’s Personal Status law gives women fewer rights than men and excludes women from decision making and deprives them access and control over their resources and assets.

On top of this, women in Yemen do not have the right to initiate divorce in the same way a man can. Women must first go to court and justify to the public why divorce is imperative to their safety. Yemen has a horrible record of child marriage. According to a UNICEF study in 2005, 48.4% of women in Yemen were married before the age of 18. Worse yet, it was only in 2010 that a new law stated the minimum age for marriage in the country was 17.

Freedom Of The Press

Yemen ranks at 136 out of 167 nations in regard to its press freedom. The government has total control over all television and can ban anything that they deem to be releasing “incorrect” information. To further explain the severity of this situation, a journalist in the newspaper Al-Shura criticized Abdul Majeed al-Zindani in a 2001 newspaper. As a result of this action, this journalist was sentenced to 80 lashes.

Freedom of the press is a luxury that many individuals in the West take for granted. If human rights in Yemen are to improve, the ability to publish information without the threat of violence must first be allowed.

Due to the immense influence of insurgent groups in the region, freedom of religion is hard to attain. The constitution of the country declares Islam as the state religion and uses Sharia law as the source of all governmental legislation. Although Yemen does allow people to practice any religion, a citizen of Yemen is not authorized to convert to another religion if they are currently Muslim.

Different religious groups in the region often get into conflicts and attacks on Jews in Yemen are commonplace. Since the start of the Shia insurgency in the Middle East, many Zaidi Muslims were accused of supporting them. This accusation led to these groups being arrested, beaten, and at times murdered under false accusations. For human rights in Yemen to improve, and to allow people to have the freedom of religion that the Constitution dictates, a significant change must occur in the region.

Progress Is Being Made

Although human rights in Yemen are not ideal at this point in time, the government of Yemen is doing much work to fix this issue. Recently, Yemen has been involved in numerous treaties to repair the state of human rights in the country.

Continued political support of these treaties is one way human rights in Yemen can continue to improve. On top of this, attention from the media in countries with freedom of the press will continue to pressure the government of Yemen to improve these conditions.