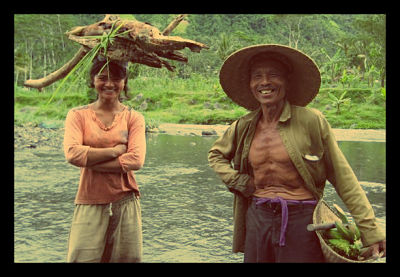 We currently measure poverty by quantifying it as existing on less than $1.25 USD a day. Not only is that an inaccurate capture monetarily, the true cost or measure of poverty often exists on parallels outside of the economic benchmarks given to development and poverty.

A recent event organized by ActionAid described the $1.25 a day or less benchmark as a starvation line, not a poverty line.

The current definition of extreme poverty would suggest that only 6% of the world’s population is poor. Taking Pritchett’s range of $10 a day or less, it expands to 5 billion of the 7 billion global population as living in poverty.

Keeping the definition to an economic understanding still does not account for the reality of what poverty means to those who are trapped in it. Consider how even if someone earns enough to live off $1.25 or even $10 a day, without education and access to healthcare or social services, he or she will still exist in a state of extreme poverty.

Not only do they lack the same access to key factors of human development and progress, they are just as likely to be trapped in its cyclical and systemic nature as someone who is numerically counted as living in extreme poverty.

In wealthy countries, the Pritchett range does not account for many who would obviously be identified as part of the global poor and as living in extreme poverty. The economic measurement of poverty varies between national borders and rests on the value of a given currency.

Those who live in extreme poverty, regardless of the borders surrounding them, face similar risks and lack similar basic needs. If development can be universally measured, why can’t poverty?

The Oxford Poverty and Human Development Initiative along with ministers from several countries in the developing world have pushed for the adoption of a multidimensional poverty index (MPI). An MPI could be utilized alongside economic indicators to present a more dynamic and nuanced understanding of poverty, how to address it, and how to measure progress when combating it.

The MPI would measure individuals and households across a series of parallels, including access to healthcare and education.  This would create a profile of deprivations to not only measure extreme poverty, but to offer a structural analysis of the ways in which people are impoverished and what is being denied to them.

The data would also provide indicators for points of investment in development, so that suffering and the ways in which it can be eliminated can be measured.