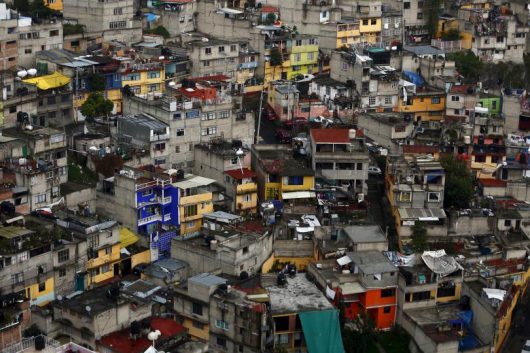 Mexico has the highest poverty rate in North America. Its economy is based on commodities and manufacturing, and it has the second highest degree of economic disparity between the wealthy and the poor. Here are the top six answers about the poverty rate in Mexico:

1. What is the poverty rate in Mexico?

The poverty rate in Mexico in 2014 was 26.2 percent. In a population of 120 million, 55.3 million live below the poverty line. This number is a slight decrease from 2010, revealing that the modest economic growth in the country was not enough to better the poorest people’s circumstances.

2. How is the poverty level determined in Mexico?

Poverty rates are measured by Mexico’s National Council for the Evaluation of Social Development Policy (CONEVAL). The council examines the current per capita income, level of education, access to health securities, access to social security, quality and the size of one’s home and access to food. CONEVAL defines poverty as, “People with an income below the wellbeing threshold and with one or more social deprivations.” In 2014, poverty was defined as living on less that 2,542 pesos ($157.70) a month in urban areas and 1,615 pesos in rural areas.

3. What areas of Mexico have the highest poverty rate?

4. What about extreme poverty?

5. How does economic growth affect the poverty rate in Mexico?

Consistent research shows that economic growth and development is the best way to reduce poverty. Unfortunately, Mexico’s economic growth rate has been stagnant around two to three percent for the past 20 years. The growth rate needs to increase in order to reduce the poverty rate in Mexico. The income of the poor has not increased although Mexicans have seen an increase in services, such as education and healthcare.

6. How does the population size relate to the poverty rate?

The poverty rate may appear to have decreased, but as the population increases the number of poverty living in poverty is actually on the rise. For example, between 2010 and 2012 the poverty rate in Mexico dropped 0.6 percent, but half a million more people were living below the poverty line.

Mexico’s president, Enrique Pena Nieto, faces challenging circumstances for lowering the poverty rate. The government priority is on expanding Mexico’s economy rather than creating programs to help people come out of poverty, so a heavier focus on this important issue is necessary for improvement.

What Does It Take to Become a Senator in the United States? The Current State of Human Rights in Finland
Scroll to top