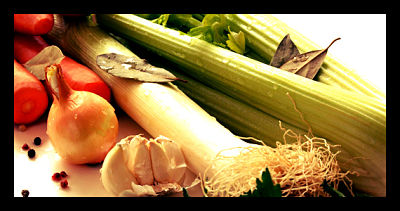 Chronic hunger is not just an issue that plagues the developing world.

Food poverty has become a huge problem in Ireland and throughout the European Union EU. The Irish Department of Social Protection recently reported that 10% of the Irish population, or nearly 450,000 people were victims of food poverty.

BBC One recently featured an exposé in which three famous chefs lived with a U.K. family for a week and recommend simple ways to shop for and cook nutritious meals on a tight budget. One chef reported that his host family of five lived on the equivalent of $2.50 per day.

Almost all of the families revealed consistently empty refrigerators and pantries. The few items they had consisted of ready-to-heat, pre-packaged meals, as the families reported that natural ingredients were too expensive to purchase and too complicated to prepare.

This phenomenon has led to food poverty’s ultimate paradox: that those experience food poverty in the developed world are more likely to be overweight or obese than those reporting chronic hunger in developing countries.

What accounts for this difference? In developed countries, people who cannot regularly afford food are often drawn to fast food and pre-packaged supermarket meals that boast the lowest prices. The food poverty problem worsens when the most readily available food is cheap, energy-dense, and nutrient poor.

And even though food poverty only affects a minority of Irish and EU citizens, it has implications that spread throughout society as a whole. The Irish Institute for Public Health concludes that high food prices and decreased access to healthy ingredients could cause food riots and geopolitical tension, among other consequences.

The biggest problem with food poverty may be finding a viable solution. Government and health officials have repeatedly turned a blind eye to the issue. The Irish Department of Health and Children recently established a framework for improving the health and wellbeing of the Irish population, yet failed to reference food poverty as a pressing issue.

If the EU truly wishes to uphold its reputation as a leader in developmental aid, it must first address its own developmental issues and assure the wellbeing of its own population. The EU may continue to “sleepwalk into a crisis” until it fully addresses this different kind of food poverty issues that plagues the developed world.