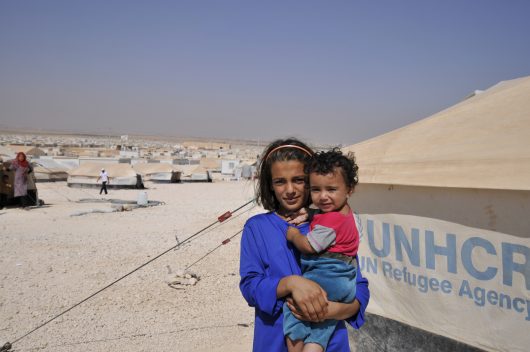 In the past five years, the Syrian Civil War has turned into one of the biggest humanitarian crises of the 21st century. Millions of civilians have been displaced from their homes and forced to flee to other countries. This has created a refugee crisis the likes of which hasn’t been seen since World War II. Few countries have borne a greater brunt of this crisis then Jordan. Here are eight facts about refugees in Jordan.

While the situation in Jordan is problematic, it is by no means hopeless. The Carnegie Endowment for International Peace outlines a number of measures that can be taken to help improve the lives of both Syrian refugees and Jordanian citizens. Increased humanitarian and developmental aid can be implemented to help meet the basic needs of refugees.

Allowing refugees access to formal employment will help create a more sustainable situation by allowing refugees to become more self-sufficient. Greater governmental aid can be provided to the Jordanian government to improve their capacity to manage the situation.