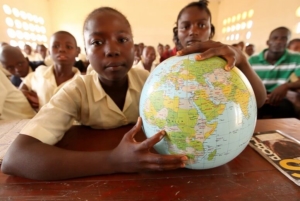 Situated towards the bottom of the bulge on Africa’s west coast, Sierra Leone sits on top of one of the most concentrated gold and diamond deposits in the world. But the country’s history as a prime subject of colonialism’s horrors explains why it consistently ranks as one of the poorest in the world. Here are eight facts about education in Sierra Leone that help gage context for the country’s current state of affairs.

8 Facts About Education in Sierra Leone

Even with all these improvements, it must be noted that Sierra Leone still faces significant gender discrimination in its education system, as women are currently significantly underrepresented. For instance, in 2015, the male literacy rate almost doubled the female literacy rate for the population aged 15 or older.

However, hopefully, the trend of inclusion rooted in uniform equity being promoted by Bio will soon extend to all people, especially those historically excluded. His sentiment is echoed in his own words as he said during his campaign, “Education is a fundamental right for all Sierra Leoneans.”