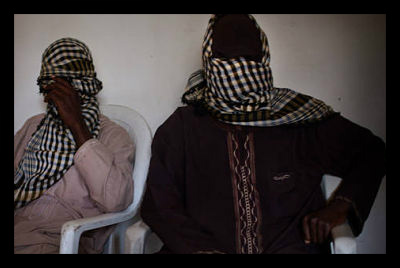 1. As of November 13, 2013, Boko Haram is now considered a terrorist group by the United States.

Boko Haram (Congregation of the People of Tradition for Proselytism and Jihad) is an Arabic term that means “Western education is sacrilege.” As a jihadist group, Boko Haram is considered to be one of the most violent movements in contemporary Islam, using aggressive brutality to achieve their end goal: to establish a “pure” Islamic state ruled by sharia law while also ending what the group considers to be westernization.

2. Boko Haram honors and promotes the concept of vengeance.

July 2009 brought Boko Haram some setbacks. A clash with Nigerian Government forces led to the deaths of hundreds of members of the jihadist group. Former leader Muhammad Yusuf, who created the group in 2001, was also captured. This capture led to Yusuf’s televised execution, as well as the deaths of his father-in-law and other sect members.

In response to this event, Boko Haram began a series of violent attacks in northeast Nigeria.

“We are responsible for the attacks in Maiduguri, Damaturu and Potiskum,” said Abul Qaqa, a supposed spokesman for Boko Haram. “We carried out the attacks to avenge the killings of our brothers by the security forces in 2009. We will continue to wage war against the Nigerian state until we abolish the secular system and establish an Islamic state.”

3. The death toll of Boko Haram is in the thousands.

Responsible for over 400 killings in 2011 alone, the group’s death toll raises daily. In fact, it said that Boko Haram is guilty of over 4,700 murders.

4. The group has strong ties to Al Qaeda and has even threatened the United States.

Abubakar Shekau, the current leader (also known as an “emir”) of Boko Haram, did not denounce these ties.

“Do not think jihad is over,” Shekau said. “Rather jihad has just begun. O America, die with your fury.”

5. Among Boko Haram’s thousands of victims are innocent civilians, including women and children.

The group set fire to a Mamudo boarding school that ended up killing 42 students and teachers. They killed 200 people in the village of Baga. Bombings of churches, schools, and various other places have earned the group their terrorist affiliation.

The fate of Alhaji Muhammadu proves the aforementioned point as well. Muhammadu was fatally shot when walking home on February 9. His son explained that his father had told the police about a booby-trapped car in the neighborhood. Boko Haram found out.

“They are all around,” Mr. Muhammadu said.

6. The country’s poverty levels seem to have a negative impact on the situation overall.

Reasons for attacks seemed quite clear to the Nigerians living with the fear of impending violence: injustice and misgovernance by political officials.

“The leaders are not concerned about the common man,” said Abdullahi Dantsabe, squatting in his open-air stall where he sells cooked yams.

Ado Ibrahim, a 22-year-old sugar cane vendor, was in agreement. He stated that another flare-up was “possible, as long as injustice persists.”

7. The local police are not as helpful as they were expected to be.

National Geographic writer James Verini recalled a woman he met at a hospital in Kano this year.

“She’d been selling water in the bus station the day of the bombing. Her young daughter had been helping her,” Verini said. “When the car exploded, the girl vanished. In the darkness the woman called out for her. When her daughter didn’t respond, she began looking for a body. When she couldn’t find a body, she looked for an arm, a leg, clothing, a shoe, anything. She found nothing. She told the police what had happened, but they didn’t care and ordered her to leave. The woman’s husband went to every hospital in Kano, to no avail.”

The woman has not seen her daughter since that day.