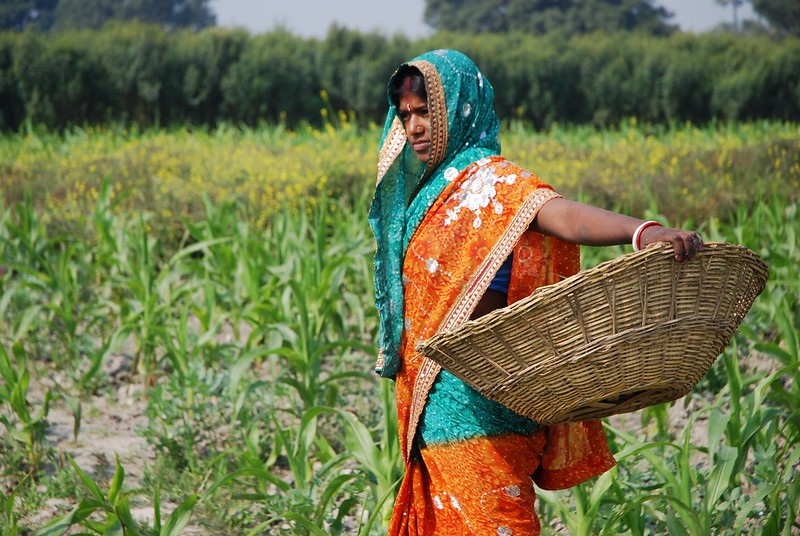 On Oct. 1, 2022, Prime Minister Shri Narendra Modi launched 5G services in India. Such services will improve many industries, including India’s agricultural industry which is in desperate need of it. Farmers in India still heavily rely on traditional farming methods. According to the India Brand Equity Foundation, approximately 58% of India’s population work in the agricultural sector. In 2020, World Bank estimated India’s employment in agriculture to be at 41.5%. Approximately, 62% of the land in India is used for agriculture. The country’s livestock population of about 535.78 million is the largest in the world. With its farmland and livestock, India is the world’s largest producer of milk, pulses and spices. Farmers of India play an important role in providing a means of sustenance to not only India but also the rest of the world. However, multiple challenges stand in the way of farmers in their attempt to meet the nation’s demands for food.

The Struggles of Farmers in Inda

According to a 2017 report that India’s Ministry of Agriculture and Farmers’ Welfare published, about 22.5% of India’s farmers live below the poverty line. One of the reasons behind this estimate is that 70% of farmers work on farms less than one hectare (2.5 acres) in size, thereby limiting how much they can grow. For comparison, the average-sized farm in the United States is 445 acres. Another reason is that the crop yields in developing countries are 30% to 50% less than those in developed nations. This is due to the lack of modern farming technologies and techniques and the decrease in soil fertility as a result of over-fertilization and sustained pesticide use. Poor access to market information on the price of their crops and lack of good farming infrastructure, like cold storage to preserve fruits and vegetables, also contribute to lower crop yields.

In 2020, many farmers protested laws that threatened guaranteed crop prices that existed for decades. Around 100,000 demonstrators and 31 farmer’s unions united and set up large camping sites on the highways of India. Protesters claimed to represent the farmers of India and stated that the laws would allow the private sector to set lower prices on their crops. This would further worsen the ongoing struggles of farmers in the country. According to federal data, more than 10,000 farmers and agricultural workers have committed suicide due to work-related stress and despair over their livelihoods. The laws aiming to deregulate agricultural markets were eventually repealed, thanks to the protests.

Turning it Around in Farming

With the introduction of 5G services in India, farming will be more manageable and profitable. Such services can allow farmers to manage their livestock remotely. Farmers can also monitor the health of their livestock and track their activities, their food intake and their fertility through devices such as 5G-connected collars, sensors and cameras. This allows them to be aware of important events, for example, when their livestock is going into labor. 5G technology can increase profitability and improve the sustainability of India’s agricultural industry.

Farmers can use 5G to connect to the web and keep up with the market prices of their products. They can also check weather conditions to see how much water their crops would need, based on whether it would rain or not. 5G services in India will allow farmers to use cellular-connected and camera-equipped drones. These are helpful in scanning crops to monitor their health, identify weeds, apply pesticides and water with more precision and provide high-resolution images to the farmer. Farmers can also be able to control their irrigation and reduce water usage by up to 40%. They can use soil probes buried underground to monitor their soil’s moisture, soil patterns and salinity. This data can also help figure out the amount and frequency of watering for their crops.

Limitations and Promises of 5G Services

Once 5G is available to all, farmers will benefit quickly. According to an article on AgriEngineering, a majority of Indian farmers have smartphones, and the number of Indians with smartphones is expected to reach 875 million by 2023. In 2019, 88% of Indians living in rural parts of the country already had access to 4G services. Airtel and Jio (telecommunication companies) users, whose phones already have 4G SIM cards, would not need new cards for 5G as they are already 5G enabled.

However, the current lack of cellular towers in rural areas could limit 5G services for some time. Fortunately, India’s National Telecommunications Commission has directed the country’s three top telecommunication service providers to build more cellular towers and signal relay stations in rural areas. It may take over a year for 5G services to be available across the entire country. While some Airtel and Jio users may be able to use their current phones to access 5G services, users of other telecommunication companies will have to purchase new phones. With the introduction of 5G services in India, the country is taking a significant step towards digitizing agriculture. The benefits of 5G will allow farmers to improve their livelihoods and secure a better future for generations to come.