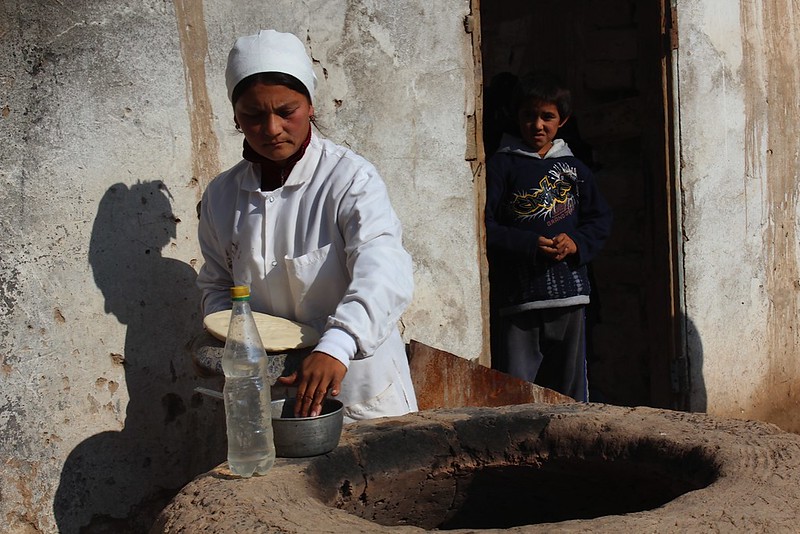 Despite having the greatest natural supply of freshwater sources across the region, water access in Tajikistan is an ongoing challenge. Only 55% of the country’s residents have access to this human right that has turned into a luxury. The country already faces several shortcomings and obstacles across the rural areas. Tajikistan has progressed in the past decade in reconfiguring its water laws and existing supply systems. Although it increased access to improved water sources from 75% to more than 84%, the critical issues of water security and continuous supply still remain. The work that has occurred during the past decade has paved a way for further progress. More work is necessary to address the issue of water access at its core.

According to the research that the World Bank conducted, obstructions to water access in Tajikistan are likely due to poor infrastructure. Much of the piping was built throughout the 1970s and 1980s and commissioned by the Soviet Union. Since the fall of the USSR in 1991, these facilities have seen little to no maintenance. According to research conducted by Marufjon Abdujabborov in 2020, a specialist in analysis in Tajikistan’s internal office, only 68% of water infrastructure in cities was in working order, and across rural areas that figure dropped to 40%.

Aside from the effects of consuming unsanitary water on internal organs, the inadequacies of water access in Tajikistan also have a strong bearing on hygiene facilities, instilling harsh inequalities across the country. For example, only 1.7% of households in rural areas have access to a flush toilet, compared to 60% across urban areas. The World Bank reported that “One in four households in Tajikistan does not have access to sufficient quantities of water when needed. Service is interrupted for long periods because of breakdowns in water supply infrastructure.” Poor access to water systems forces many in the affected areas to gather water from neighboring provinces and villages. Doing so has worsened tensions amongst rural communities and increased border disputes. Furthermore, the responsibility of gathering water typically falls on women and children of the household. This impedes children’s education and causes detrimental effects on their health.

A Project to Solve the Water Crisis

Tajikistan Water Supply and Sanitation Investment Project, which was introduced in 2021, outlines strategic initiatives for expanding safe and affordable water supply and sanitation across the country. On July 2022, the International Development Association (IDA) grant of $45 million was approved, thereby securing funding for the project. The proposal focuses on following a series of initiatives targeting strongly affected areas, starting with the region of Khatlon. Projected beneficiaries of this operation amount to 250,000 residents across the region. There are other 24 similar projects that the World Bank has financed across Tajikistan.

Additional investment by the Asian Development Bank (ADB) will target vulnerable areas of the Dushanbe region. Reconfiguration of the regional water systems, including sanitation and sewage collection, are the overarching aims of the aforementioned programs. Further development initiatives under the Water Supply and Sanitation Investment Project can draw inspiration and models of sustainable operation that are developed by the current investments.

In 2012, the Tajik government introduced local “water users associations” in response to the challenges associated with water access in Tajikistan. It commissions private farms to manage the delivery of water across their respective regions and promotes the management of irrigation systems and water supplies. The struggle has seen resourceful individuals rise to the challenges and take action through the water users’ associations. Uguloy Abdullaeva, a local dairy farmer in Dushanbe, was elected as the acting head of her association. Through her fundraising efforts, she received $420,000 from the American embassy to fund the reformation of the project.

The United States Agency for International Development (USAID) offered two years of training in water management to Uguloy. As a result, she gained a comprehensive understanding of water management and effectively invested in a piece of land, an excavator, new pipes and water locks for the region. The knowledge she learned from the training programs has spread to farmers within her association. Since then, farmers have become more responsible with their farms and there are fewer issues with water.

Further funding for development assistance is necessary to extend operations and ensure access to clean water for those that need it. The inspiring work of associations and individuals is effectively handling investments and improving water access across their districts. It has changed the lives of thousands in vulnerable areas. Most importantly, it serves as a strong example for the youth and citizens to build a better Tajikistan.