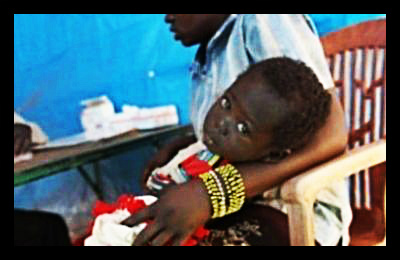 Infectious disease is the second most deadly health condition in the world (only behind heart disease) and claims over 16% of all lives lost annually. Nearly half of the World Health Organization’s top ten causes of disease in 2008 were infectious diseases; all of which disproportionately affect developing and low-income countries.

Take the pulse of this major player in global health with the below quick reference guide to five of the world’s most notorious infectious diseases.

Cholera (chol·er·a) – A strictly diarrheal illness caused by a bacterium that infects the intestinal tract and festers in any place contaminated with infected fecal matter. Transmission occurs through drinking water or eating food tinged with the bacterium, which is why cholera often affects regions lacking safe drinking water or proper treatment of sewage.

20% of infections progress to severe symptoms, which include watery diarrhea, leg cramps and vomiting. Cholera-induced dehydration can be life threatening, and may cause death within hours. Three to five million people are infected with cholera annually, causing between 100,000 and 200,000 deaths.

Human Immunodeficiency Virus (HIV) – AIDS is a critical, incurable condition caused by the virus known as HIV. The virus damages T-cells, a critical component of the body’s immune response, and causes prolonged illness in its victims. HIV can be spread through contact with infected blood of another individual, or from mother-to-child during pregnancy and breast feeding. AIDS is now manageable with a cocktail of antiretroviral drugs, but still killed 1.7 million people in 2011.

Influenza (in·flu·en·za)– Contagious disease of the respiratory system caused by the influenza virus, of which there are two main types: A and B. The flu causes fever, chills, muscle aches and occasional vomiting or diarrhea. Severity of the flu varies seasonally and depending on the infected individual. Extreme outbreaks have changed history: the 1918 pandemic, for example, affected 20-40% of the global population and killed 50 million people.

Malaria (ma·lar·i·a) – An infectious disease caused by a blood-borne parasite transmitted to humans through the bite of infected female mosquitoes. Malaria causes flu-like symptoms in its victims. Bouts of malaria are distinguished by cycles of sweating, chills and fever. In 2010, 219 million people came down with malaria; of those, 600,000 lost their lives. 91% of malaria deaths occur in African nations.

Tuberculosis (tu·ber·cu·lo·sis) – An infectious disease affecting the lungs. The bacteria that cause tuberculosis are spread in the droplets released after a cough or sneeze, thereby entering the respiratory tract and causing fatigue, cough, chills, fever and night sweats. Countries with high burdens of HIV see more frequent and more severe cases of TB, including infections of the kidneys, brain and spine. 8.6 million people were infected with TB in 2012. Of those, 1.3 million lost their lives.