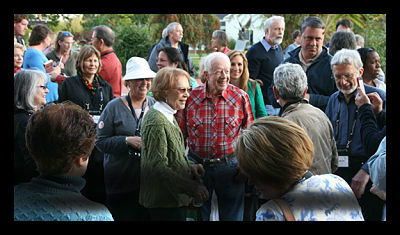 “We can choose to alleviate suffering. We can choose to work together for peace. We can make these changes—and we must.” These words of our remarkable former President Jimmy Carter form the foundation of a center striving for a better world. In 1982, former President Carter and wife, Rosalynn founded a non-profit organization “committed to advancing human rights” named, “The Carter Center.” In partnership with Emory University, the Atlanta-based organization has made great strides in improving the human condition worldwide. Here are three noteworthy initiatives of the Carter Center: