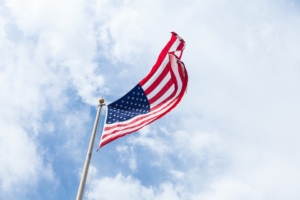 The globe pays attention to the U.S. presidential elections. As one of the largest national powers in the world, many take an interest in who will potentially be leading the country and are eager to hear the presidential candidates’ stance on various issues. From the health care system to budget spending, each candidate, regardless of party affiliations, has their own perspective on what those issues actually are and what the best way to approach them is. This article will focus on how important the presidential candidates’ views on poverty are to them and the American people.

For a long time, global poverty was a backseat issue. Rarely did it ever take the spotlight at debates, campaigns or rallies, and never has it been the question of the hour. In the 2016 U.S. presidential election, polls showed issues that voters cared about the most, with the top five comprising of the economy, terrorism, foreign policy, health care and gun control. Neither domestic or global poverty even made it into the top 15.

Despite an overwhelming amount of evidence showing that poverty can heavily affect all of the top five most important issues mentioned, giving attention to the presidential candidates’ views on poverty has never been a topic of debate. Campaigns often overlook this point.

The fault is not all in the candidates, however. Polls between the years of 2007 and 2015 found that only a little over half of the Americans surveyed thought that looking at issues regarding the poor and those in need was important. When candidates are relying on the people to propel their campaigns, it is no surprise that they should cater to the more glamorous topics and points of interest.

The Beginning of Change

At a recent forum held in Washington, D.C., eight of the nine notable candidates in attendance, including former Vice President Joe Biden, Senator Kamala Harris and Senator Bernie Sanders, confirmed that they would be open to speaking about their intended policies in regard to global poverty. This would happen in a televised debate during their run for the 2020 presidential elections.

The Poor People’s Campaign, an institution dedicated to eradicating poverty, racism and war economy, sponsored the recent forum. Co-chairs of the organization, Dr. William Barber II and Dr. Liz Theoharis, spoke about why a dedicated discussion specifically focusing on the presidential candidates’ views on poverty is so necessary, saying, “We are here because, in 2016, we went through the most expensive presidential campaign in U.S. history without a serious discussion or debate about systemic racism or poverty.”

As the 2020 presidential election approaches and the debates begin, there is no doubt that the usual topics of interest will be at the forefront of every discussion. With the signs of change occurring, however, there is hope that poverty and its accompanying solutions will take the stage as well. Giving a voice to poverty and the people who suffer from it is the first step, and ultimately will lead to the overall improvement and acceleration of people everywhere.