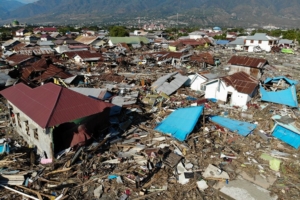 While the death toll and size of an earthquake can provide logistical data, other factors influence the devastation victims face and the rate they can recover. For communities already struggling, these disasters can be particularly devastating. Ranked below are the 15 worst earthquakes and the human toll of each.

Sporadic and unrelenting, earthquakes affect both coastal and inland areas. However, all of the 15 worst earthquakes and the human toll experienced in each have a uniting factor in that they received aid. Despite the severity, government programs and humanitarian bodies rushed to the scene, supplying temporary homes and rations to those suddenly without a place to live. Also, even though most major cases take years to restore themselves, organizations and governments often do not stop giving aid.