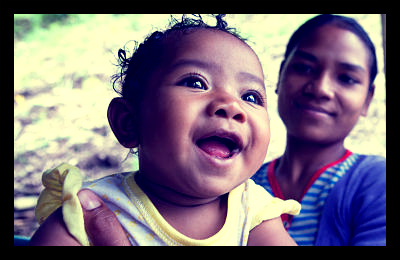 The fact remains that undernutrition is completely and indisputably preventable.

Yet this condition continues to claim the lives of 2.6 million children each year. This is more than any other disease, making malnutrition the leading cause of death among young children.

In September of 2010, U.S Secretary of State Hillary Clinton, and then-Irish Minister for Foreign Affairs Micheál Martin, took a stand to fight this deadly disease.

The two diplomats, along with a community of global leaders, launched the 1,000 Days Partnership. This movement promotes action and investment in nutrition during the 1,000 days from the start of a woman’s pregnancy until a child’s 2nd birthday.

Why 1,000 days? Leading scientists, economists and health experts all agree that the proper nutrition in the first 1,000 days of pregnancy and the life of an infant “have a profound impact on a child’s ability to grow, learn and rise out of poverty.”

When a woman is undernourished during pregnancy, her baby has a higher risk of dying in infancy and is more likely to face lifelong cognitive and physical deficits and chronic health problems.

Once the child is born, the first two years are critical to their chance at a healthy and productive life. Undernutrition weakens the immune system, and children not receiving nutritious foods are more susceptible to dying from common illnesses such as pneumonia, diarrhea and malaria.

According to The U.S. Agency for International Development (USAID), a nutrient deficiency is not only dangerous to early childhood health, but also to the long-term success of a child. Lower levels of educational attainment, reduced productivity later in life and lower lifetime earnings are all consequences of a lack of early-nutrition.

In a recent release, USAID reports that “undernutition robs the developing world of critical human capital and capacity, and undermines other development investments in health, education and economic growth.”

According to the 1,000 Days movement, the answer to improving nutrition lies in three strategic, affordable, cost-effect solutions: “ensuring that mothers and young children get the necessary vitamins and minerals they need; promoting good nutrition practices, including breastfeeding and appropriate healthy foods for infants; and treating malnourished children with special, therapeutic foods.”

Evidence shows that providing the proper nutrition to a mother and her newborn has extensive benefits. These advantages include significantly reducing the burden of diseases such as tuberculosis, malaria and HIV/AIDS, increasing a country’s GDP by at least 2-3 percent annually, and, most importantly, saving more than 1 million lives each year.

Since it was created in 2010, over 80 international relief and development organizations have partnered with the 1,000 Movement. Along with its efforts to encourage new actors to invest in maternal and child nutrition, 1,000 Days also encourages support for the Scaling Up Nutrition (SUN) movement. The two organizations work in tandem at a U.S.-based hub formed in June 2011 by InterAction, a coalition of U.S.-based international relief and development organizations and the Global Alliance for Improved Nutrition (GAIN) in collaboration with the U.S Department of State.

1,000 Days founder, Hillary Clinton, appropriately asserted, “Improving nutrition for mothers and children is one of the most cost-effective and impactful tools we have for poverty alleviation and sustainable development.”